Kamome Shirahama’s Witch Hat Atelier is the most refreshing, earnest work I’ve read in a long time. The delicate, rich artwork features intricate hatching which delighted me with almost every single panel. Like a well made antique, Witch Hat art betrays its depth the deeper you delve and the longer you concentrate on the details.

In an age where manga features increasingly modern settings and means of production, Witch Hat’s influences, worn proudly on its sleeve, are ancient in comparison. In fact, if Shirahama shares one similarity with Trigger, it is pulling of influence from western art styles, particularly Art Nouveau and Etching, integrating them into her own style.

Printmaking has had a long history in Japan, with works by masters such as Hokusai or Hiroshige in woodblock. In contrast, Etching was a distinctly European style, popularized by masters such as Rembrandt and Castiglione in the 17th century, and unknown to Japan until its modernization. It is from this style – and its impact on vintage fairy tales through the work of illustrators such as Lancelot Speed, that Witch Hat draws breath. 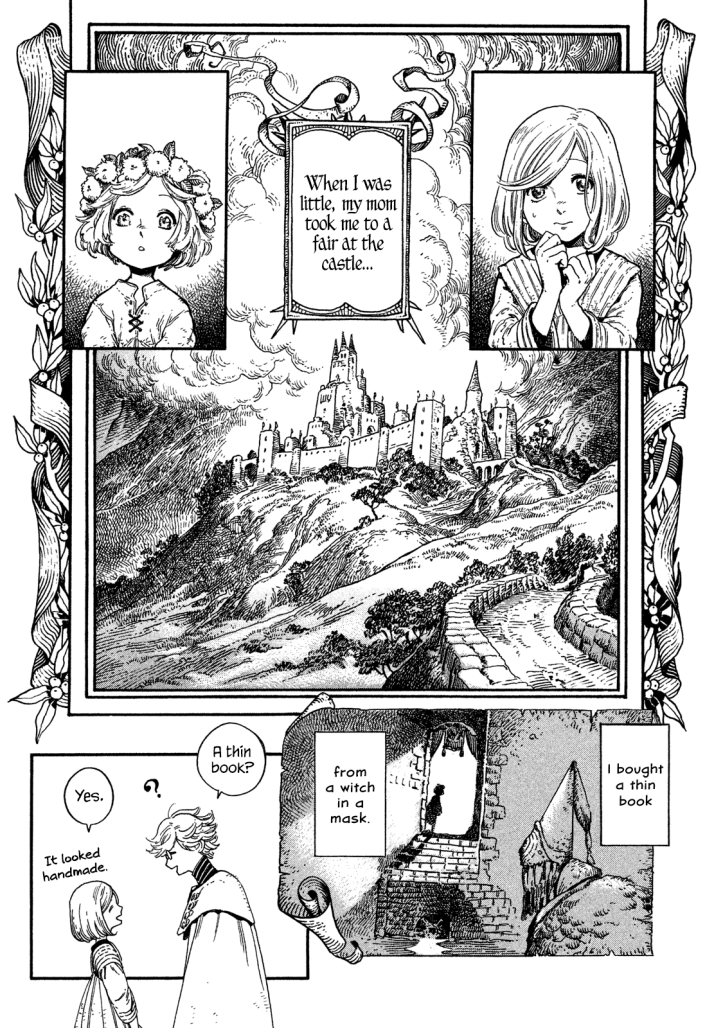 Ever heard of a “Gutenberg Bible?”

Etching’s influence is evident from the work’s first chapter, where a near full-page spread depicts a castle on a hill. Hatching condenses in key areas to carve out the sides of the hill, and areas of clear white are used to establish the castle as the focal point. Decorum lining the text and panel itself help sell the effect of an illustration from a vintage fairy tale, and reinforce the impact of the panel. Another device framing the bottom right panel as a tattered scroll achieves a similar effect.

This use of line suffuses every part of Witch Hat – and is used by Shirahama to suggest everything from grassy fields, to worn brick, to the folds and turns of fluttering cloaks. The characters’ expressions, proportions, and faces remain manga-like, with simplistic charm and energy – but Shirahama still takes artistic choices that would make other mangaka balk – such as adding in lines in the hands to suggest knuckles, joints, folds.

The hands are the second most expressive part of the body, after the face.

The framing devices and techniques Shirahama uses are constantly morphing and adapting, but they all serve the same purpose: to plunge the reader to a deeper level of immersion of the work, to force them to pause and appreciate the smaller, deliberate details added by the hand of the mangaka. In essence, it is a manga form of Mise-en-scene.

Witch Hat isn’t a series that merely draws upon magic for a setting, its a series with the fairy tale ethos etched into it’s very bones. It wrests the viewers attention with its lavish detail, engrossing them into thoughtfully digesting its contents. It is only through careful, methodical study that the true craftsmanship and beauty of the art comes through. In some ways, Witch Hat is a series that returns the love you give it.  And that’s something magical. 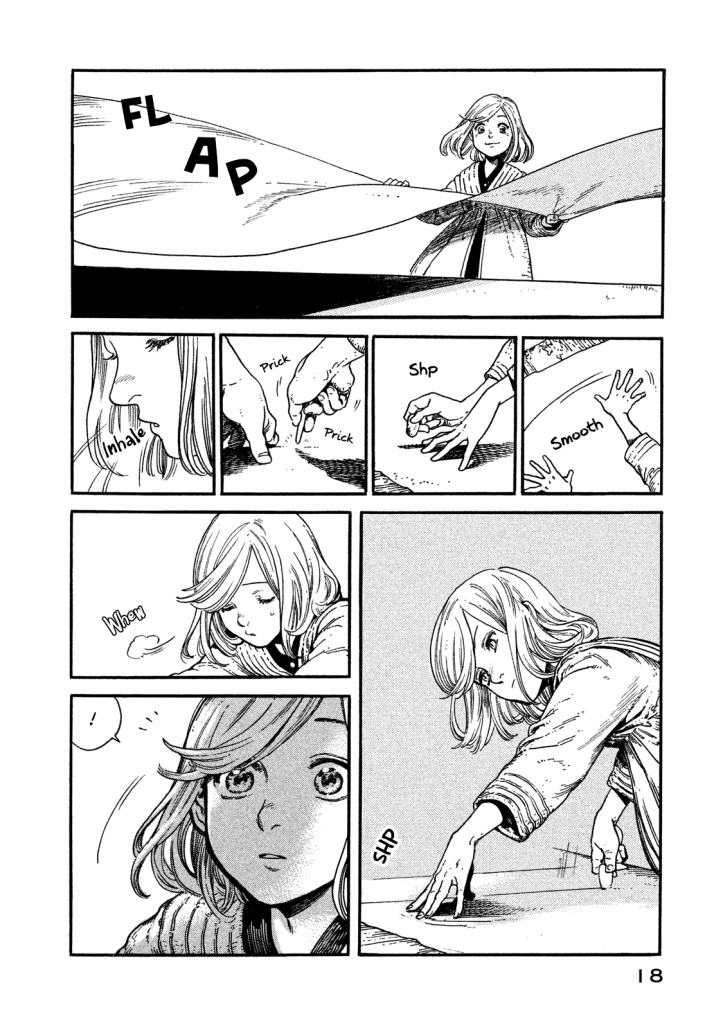 An exercise in Zen.

This actually lends itself to some surprising moments, such as a page where Coco is measuring and cutting cloth precisely. Shirahama focuses on the movement of her hands, her breath, and her eyes. We move through each panel slowly, appreciating the effort put into a elaborate depiction of tailoring, becoming as concentrated on each action as Coco herself is. This even leads into a gag as we learn on the next page that Professor Qifrey has been staring as intently as we have at Coco’s artisanship, and praises her concentration and skill. We have been parallels, admiring Shirahama’s precision and subtlety – in the same way Qifrey, the viewpoint, has been admiring Coco’s.

As a manga that not only survives, but withstands and rewards such close, slow reading of its panels, this scene almost mirrors Witch Hat: a demonstration of superior craftsmanship, that demands total concentration and an appreciation of every single small detail. Each line becomes an extension of the intentionality of the artist – like the engraved text at the base of a statue, it feels meant to be reached out and felt, as if turning it over in the palm of your mind could be a visceral experience.

And indeed, as an experience is the way Witch Hat should be read. 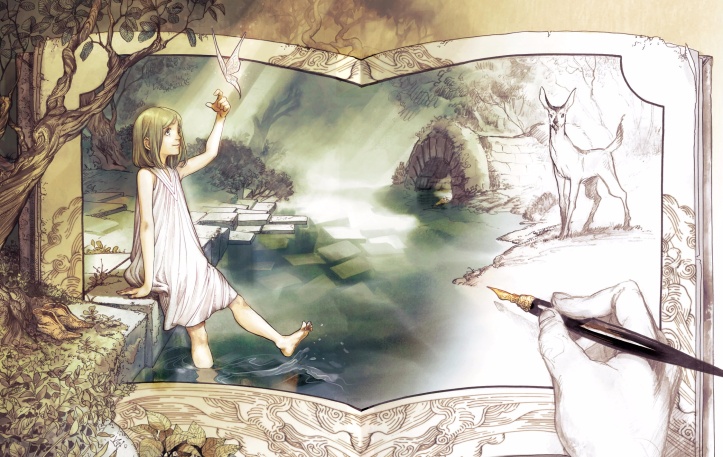