I’m a Grown-Ass Man So Why Did I Enjoy Little Witch Academia?

Originally released as a short film in 2013, Little Witch Academia is an anime about a young girl, Akko, learning to become a witch at a magical private school. Animated by Studio Trigger, it was licensed by Netflix and aired as a television series on June of 2017. Personally, I can best describe the series as: Harry Potter but with a lighter tone. The series excels at conducting the formula where the protagonist resolves the story by compensating their lack of skill with their kindness and willpower (For example, the episode where Akko passes her animal ethics course by accidentally dropping her professor, who is a fish, into the sewers before proceeding to rescue her along with several other fish, thereby demonstrating compassion for all life). Overall, the show is very high in quality but not actually great enough to warrant an entire article recommending. So yeah, take it or leave it. I don’t care.

Despite being made by the same people behind Kill la Kill, Little Witch Academia is legitimately a fun, adorable cartoon suitable for children (As opposed to what one would expect from an anime titled Little Witch Academia, which, after watching, would obligate the viewer to go to the nearest police station and turn themselves in). The show’s story arcs are relatively simple and does not require a high degree of media literacy to understand. There are no themes present in the anime too complex or uncomfortable for most viewers to deal with, and the main conflict essentially boils down to optimism verses realism.

Yet, at the end of the day, this toothless, juvenile, highly-accessible packet of

along with shows like Gravity Falls, Steven Universe, and arguably Over the Garden Wall, have somehow captured the hearts and fandom glands of countless people-children such as myself. How did they do this? Is it just because these shows are objectively really good by all conceivable standards? Is it because people like me are emotionally stunted and can be perpetually appeased by desaturated colours and cute dialogue? Well, the latter can’t possibly be right. Shut up! Now, let’s talk about why portraying magic as the metaphorical tangible counterpart to the benefits of friendship as demonstrated by the actions of cartoon ponies is actually our generation’s Nineteen Eighty Four!

I’m going to go out on a limb here and assume you, the reader, no longer need any more convincing that media appealing to children and media appealing to fully grown adults, doing their own laundry and tax returns, are not mutually exclusive. After all, here’s a list of things enjoyed by all age groups that I came up with in under a minute: 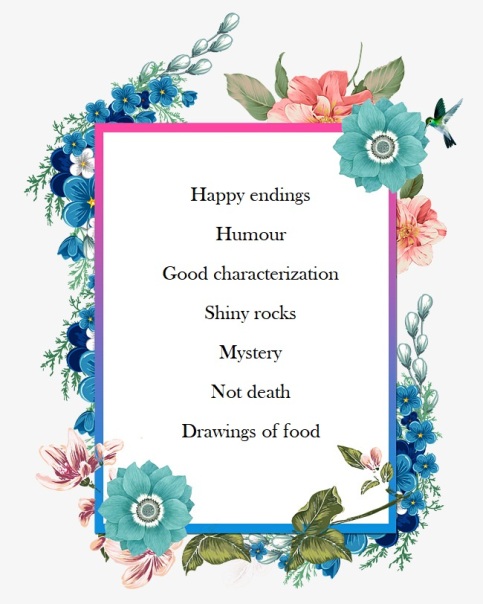 Thus, considering the demographics of easily susceptible, hyper-consumerist young people and income-filled money-farting old people, it would seem there is quite a lot of monetary incentive to make a show with universal appeal (Presumably demonstrated by the enormous quantity of Adventure Time merchandise being sold). So why is it that traditional cartoons have only pandered to the former category?

If judged as tolerable adult media, the average children’s program tends to subvert only basic tropes, overuse their running gags, condone selfish character, ignore realism, defecate on continuity, and sacrifice a whole cornucopia of potential depth in order to appease those dumbass kids. So it would make sense that, as we’ve witnessed in recent years, removing these cheap, condescending practices could potentially skyrocket the audience population of a show proportionally to our cumulative neckbeard length.

On the other hand, what makes something not appealing to minors? Most people would guess it’s the violence or having themes children can’t relate to. Except, I do recall being a child and thoroughly enjoying Team America: World Police without ever having been a counter-terrorist, actor, or American. Many experts would also say that the key to making something that young people enjoy is to treat them as adults with less experience and not talk down to them, which is honestly good advice to follow. However, all of this still doesn’t explain why my 10 year old nephew isn’t captain of the Schindler’s List fan club.

No, I am of the opinion that kids, at the end of the day, are a bunch of barbaric philistines who’d find more joy in an energetic session of punching their little brother than in the first 15 awe-inspiring minutes of Gravity. It takes a shitload of time for those little brats to learn to infer subtext, pay attention to raw dialogue, and feel an emotion other than that of the 5 depicted in Inside Out. Thus, the youth are effectively barricaded from experiencing the cathartic tragedy of Requiem for a Dream or the dark, comedic commentary of The Lobster until they too, are garnished with the ingredient of time.

Therefore, given the inaccessible qualities of both children and adult targeted media, we have inevitably created their hybrid abomination, devoid of the flaws of both halves. With level-headed characters enacting an uncomplicated story, it’s no wonder that shows like Little Witch Academia and its predecessors are so successful in their omnibenevolent conquest of the entertainment industry.

So what is the take-away from all this? Are we collectively just entertaining ourselves wrong? What if the digestive biscuits were right all along? Perhaps we consume media not to explore the themes and ideas, but instead as an obligation to placate our psychological needs, not unlike what sim Makoto is doing:

Perhaps all media is simply a luxury commodity made for us to ingest and excrete analysis articles. Depth, subtext, and complex emotions are naught but the fish eggs and sauerkraut on the sandwich of an enjoyable story, only there to change up the flavour so we don’t get bored. But now that Subway has found the formula to game the system, no longer requiring us to evolve as people in order to enjoy infinite sandwiches, perhaps it’s finally time for us all to crawl back into our mother’s uteri and binge watch all of Teen Titans.

Alternatively, what if art is actually the ultimate ladder towards truth, and that watching anything exclusively for the sake of enjoyment is blasphemously taking the detour of hedonism.

Maybe instead, one should strive to ascend this ladder by watching an 8 hour film about citizen Kane’s tax accountant, so that they may hope to one day comprehend the solid, monolithic pillar of purified artistic vision, gaze into the butthole of eternity and finally earn the privilege to off themself because their life has been completed.

Whatever the case is, it’s always good to experience things out of your comfort zone, whether to level up your media literacy or to allow that part of your brain to take a day off. However, for those of us who can legally order a Heineken while watching a cartoon about lesbian space rocks, maybe, just maybe, we can be a little more ashamed of ourselves.