The definition of “nostalgia” is a sentimental longing or wistful affection for the past. In terms of gaming, nostalgia affects us all. Many people, including myself, began their gaming careers at a very early age. They grew up surrounded by the gameplay and sultry sounds of old-school retro games that hold a special and eternal place in our hearts. So, with this being January of the year 2014, I have decided to sit down and talk about some of my favourite nostalgic games from my early childhood.

I’ll be looking back on some of my most memorable and nostalgic games. In particular I will be looking at two pretty awesome games that I spent countless hours playing: the Age of Empires Franchise and Blizzards’ infamous Warcraft games.

Age of Empires Gold edition was the first game I ever bought and played. Thinking about how long ago this was blows my mind. Age of Empires (AoE) Gold was released in March of 1999, nearly 15 years ago.  I still remember going to get that game like it was yesterday…

One Saturday afternoon sometime around 1999-2000 I accompanied my dad to the mall, which was a very common occurrence back in the day. Being a mere 6 year old boy, I was not old enough to stay home by myself and my mother was out for spinning class on Saturday afternoons. So when my dad had to go out and run errands, it was just part of my little routine to tag along. All of our trips to the mall had the same logistics. The trip would begin with a vigorous search of the toy aisles for the coolest toy I could find. We never bought anything but I always enjoyed staring and searching the wall of plastic goodies in search of something awesome. Afterwards, we would stop by the food court for lunch as a small bribe to ensure my good behaviour.

Following what would feel like eternity of following my dad around, we would eventually come to pass the “EB Games”(now referred to as GameStop). Now on this particular afternoon, my dad and I detoured from our regular exit and wandered into the store. The walls of this place where covered in hundreds of PC game boxes, with huge cardboard cut-outs of all the characters cluttered around the store. So my young 6 year old self wanders through the store, (closely followed by my father) and Age of Empires catches my eye. The box art was awesome (which was the only important part at this age) and I really, really wanted it. After a few minutes of convincing my dad, he agreed to pay for it. During that ride home I ripped the box open and started reading the game manual and it was from that moment on that I was destined to be a gamer. I got home immediately and proceeded to install and play that game for hours on end. It’s moments like these that makes nostalgic games so awesome. The flow of memories and emotions that come back as you revisit past experiences, turning you into that eager little boy again.

To go into more detail about the game itself, during the time that Age of Empire was released way back in 1999, it was a 3D game. You can imagine the graphics weren’t all that great, nevertheless, as a child I thought the graphics were the best thing since sliced bread. While playing this game it was not the graphics or the sounds or the story of the game that kept me playing but rather, the game mechanics. It was the strategy. As a young child I couldn’t really grasp the concepts of strategy games right away. Building workers, collecting resources and raising an army were challenging. But I was determined to beat the AI so I kept grinding through and trying to win.

The concept behind Age of Empires is simple. You start with a main base and some villagers. You are supposed to collect the different resources with your villagers, eventually developing other buildings like a barracks where you could train soldiers. In the end, having enough resources means you can move on the next technology age and build a big enough army to smash that of your opponent. The game contains a number of different races, none of which are very unique. They all had the same unit skins, but certain races had different bonuses and stat traits and certain units were better against others. The game is in no way the best Real Time Strategy game I have ever played, but it was what introduced me to the genre and it yielded some of my most fondest early gaming memories.

Now as I got a little older, I moved away from the Microsoft classic AoE and was introduced to another kind of real time strategy game, made by a company that would later become one of my favourite RTS creators ever. BLIZZARD’S WarCraft III: Reign of Chaos.

One summer back in what must have been 2002-2003, I was introduced to WarCraft III: Reign of Chaos by my cousin. He had come to Ontario from Alberta with his parents and for that summer I spent a considerable amount of time with him. I found out through hanging with him that he also played video games – not just any video games, but strategy games as well. Turned out that my cousin, Daneil, had brought along his copy of WarCraft III and was really eager to play and show me what it was all about. 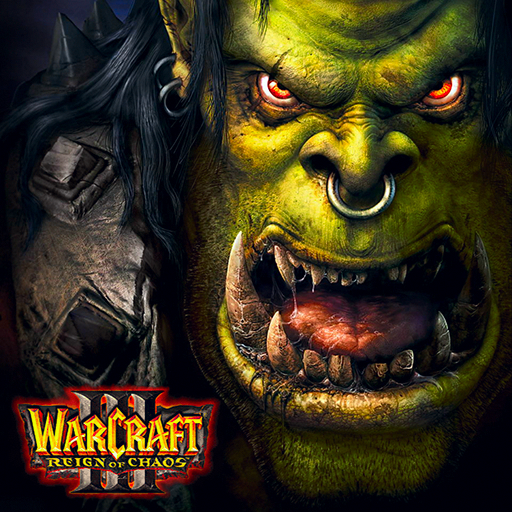 What makes WarCraft such a great RTS, although I didn’t realize until I got older, is the diversity. WarCraft III – unlike AoE – only contains 4 races. Orcs, humans, undead, and night elves. Each was completely different from each other and played very differently. Like all RTS games in WarCraft III, you still have to collect resources, but instead of having gold, wood, food, etc., WarCraft only has money and wood, which makes it much simpler  and I enjoyed it considerably more than AoE.

Anyways, my favourite faction to play was the Orcs. To me, they had the coolest units and seemed the most interesting. Now, besides what WarCraft had introduced before, they also introduced something most other RTS’ at the time hadn’t tried. WarCraft contains hero units which are much stronger than the basic units and it was the Orc heroes that I liked the most. For example, the Orcs have a hero called the “Blademaster”. He carries a massive katana and deals huge amounts of damage while spinning around like a wild man. I though he was so cool that I spent most of my time while playing trying to imitate his strange voice. But none the less, WarCraft III was tons of fun.

WarCraft was also the first time I was introduced to playing video games over the internet. One afternoon while me and my cousin where taking turns playing he suggested we go try out this cool mod game he had found on Battle.net. Turns out he stumbled onto the now-famous tower defense mods and we spent hours playing against other people online.

Well that’s it. My gaming career began with RTS and I don’t see myself stopping playing them anytime soon. In the future, my love of RTS games would led me to play Total War as well as getting me involved with StarCraft, where I now play competitively for McMaster. Strategy games will remain a part of me forever. And I love it.