In 1988, comic book writer Alan Moore wrote a one-shot story that would jump-start him to the international acclaim he has today. That one-shot was called “Batman: The Killing Joke”, depicting a tragic backstory for the titular hero’s arch nemesis the Joker. The overarching narrative of the Killing Joke revolves around the philosophy of Joker’s “one bad day”, a day where everything changes for a person due to some traumatically scarring event, for better or for worse. For Batman, that event is of course the death of his parents. In the Killing Joke, the Joker’s bad day is the death of his wife and a burglary gone terribly wrong. However, there are two other characters who endure the one bad day in this story: Jim and Barbara Gordon. Their tragedy starts in the infamous scene where the Joker shoots Barbara, shattering her spine, and is then implied to rape her. 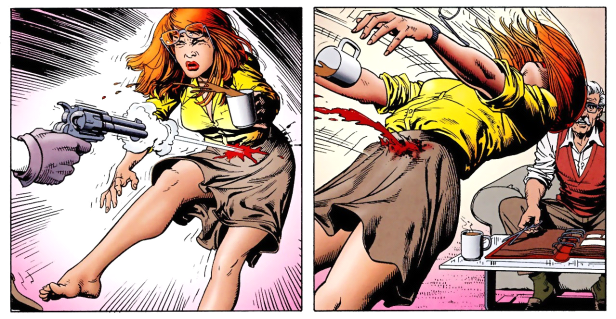 These events are neither inconsequential nor limited to Moore’s famous one-shot. The bad day is a narrative tool: a hand that grips. It is the impetus which causes Batman and the Joker to grip onto the harsh philosophies behind their relationship. It is the motivating factor behind Jim Gordon’s grip on unchanging, iron-willed moral values. And of course, it is the mechanism which moves Barbara from a normal existence to a grip on the sides of her wheelchair for the next 23 years until the DC universe reboot.

Of the vast character and narrative changes that emerge, it seems that Barbara has drawn the philosophical short straw. She’s paralyzed. That’s it. There’s no consolidation for her, no newfound purpose, not even a resolution to her story. Unfortunately for Barbara, she was caught at the wrong place at the wrong time. Her ‘one bad day’ didn’t matter on its own. Instead, its only purpose was to serve as a moral ‘lighthouse’ for Jim’s hero quest throughout the remainder of the story. This treatment of female characters, especially for the advancement of a male’s story, is something that has become known as the “women in refrigerators” syndrome, stemming from the 1994 issue of Green Lantern: “Forced Entry”.

“Forced Entry” depicts the harsh finale of the relationship between Kyle Rayner, who is a newly recruited Green Lantern, and his girlfriend Alexandra DeWitt. Alex, who had helped in designing Kyle’s costume and defeating his first villain, meets a gruesome end when villain Major Force comes looking for Kyle in his home and instead finds Alex. After strangling her to death, Major Force stuffs her corpse into a refrigerator and leaves a note to taunt Kyle.

Her death became the ‘one bad day’ for Kyle, prompting him to take his role as superhero in a much more serious manner. Her death, however, also became a pivotal moment for the issue of how female characters are treated in comic books. This gave birth to “women in refrigerators”, which describes how women are often gruesomely and unnecessarily harmed, beaten, or killed for the sole purpose of furthering a male’s character. Very seldom is it the male in the male-female dynamic that gets thrown in the fridge, perpetuating the notion that it is often the women who need men as protection. Even in examples where both man and woman die, such as the famous death of Batman’s parents, it is the man who is shown to be bravely protecting the defenseless woman (and child, in this case). Thomas Wayne is consistently portrayed to be the one standing up to the shooter: the one stepping forward to take the shot first, while Martha and Bruce are helplessly watching in shock. 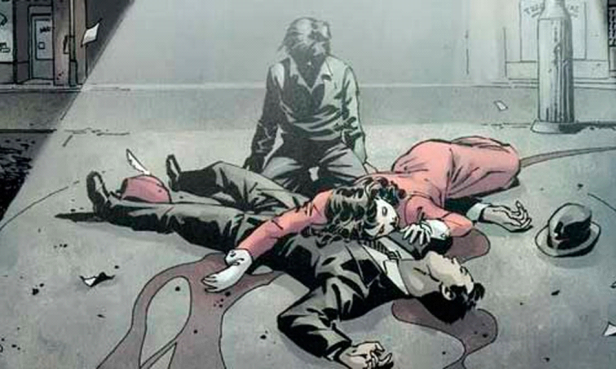 Finally, the women in refrigerators syndrome reached a peak in 2004, when DC published “Identity Crisis”, the immensely controversial series written by Brad Meltzer which propelled the popularization of the women’s issues in comics. The series begins with Elongated Man’s wife, Sue Dibny, being murdered, with the rest of the series being various superheroes trying to figure out how. As the story goes, a woman named Jean Loring used atomic-powered equipment to shrink down into a pregnant Sue’s brain, giving her a fatal aneurism. A fire was then started to burn the body, and finally, during a eulogy by Green Arrow, it was revealed that she had been raped by the psychotic villain Doctor Light.

So, what was the purpose of Sue’s grisly death? She was no major character, but she was still popular in her own right. Was she raped, irradiated, and burned to have an emotional impact on the reader? No, she died in order to set up the “Infinite Crisis” storyline, where the antagonist Superboy-Prime mentions her death as part of the justification for wanting to destroy their universe.

Of course, “Batman: The Killing Joke” isn’t Barbara’s story, nor is “Forced Entry” Alex’s, nor is “Identity Crisis” really about Sue. Rather, these comics all show a massive disconnect between the ways men and women are treated in the comic book genre: women die in comics because nobody was there to protect them. Men die in comics, on the other hand, because they are heroes. They have a fateful standoff in which they fall while trying to avert some crisis. There are tearful eulogies about them, but they are then fully resurrected in future issues, often appearing even stronger and with a new, clearer sense of purpose. Take the infamous 1992-1993 “The Death of Superman”, for example, where Superman makes a final, heroic stand against Doomsday. At the end of the fight with a massive blow, Doomsday is killed, and Superman dies shortly after in Lois Lane’s arms.

The entire second part of the story is dedicated to superheroes mourning his death. Nearly every hero shows up to the funeral, Lex Luther provides the mausoleum, and even Bill and Hillary Clinton make an appearance. When this storyline was first announced, it received immense coverage from mainstream media. This was going to be the death of an icon: this was going to be a death that mattered.

Superman was completely revived in part three. Through sheer willpower and the power of fatherly love, he refused to die, so he didn’t. He then heroically returned, regained all his powers, and proceeded to save Metropolis. This circumstance, where men are killed but brought back to either their original status or stronger, is known as “dead men defrosting”. They’ve opened the fridge and escaped the cold by the force of plot armor. Superman, as mentioned, is a cultural icon. There is simply no way a character as important as him will die and stay dead, so what about far less important male characters? What about sidekicks?

In 1988, Batman lost his sidekick Jason Todd, one of the many, many Robins, in the storyline “Batman: A Death in the Family” written by Jim Starlin. Jason’s death was one of the most iconic and emotional deaths in comic book history, as well as one of the most brutal. Having recently found his biological mother, Jason’s luck turns sour as he realizes she has been blackmailed by the Joker. She hands Jason over to the Joker, who repeatedly beats him with a crowbar, then both Jason and his mother are blown up by a bomb. 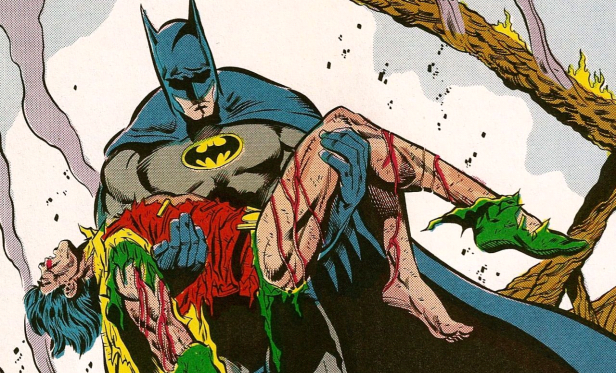 In 2005, he comes back from the dead, takes up the mantle of Red Hood, and operates his own crime-fighting syndicate. How? Because it turns out Superboy-Prime can throw a punch so hard that he ends up altering reality. 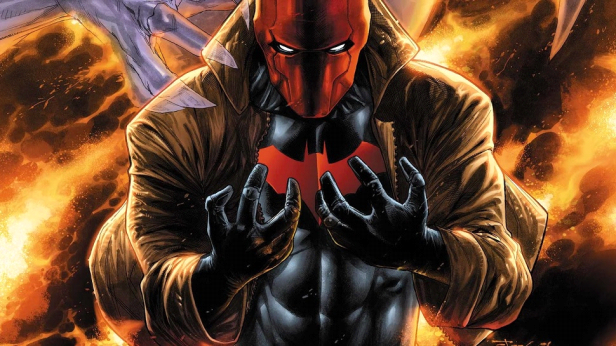 Women’s fates are much more permanent, as though their character is to be viewed as one solely to be harmed or killed to further a male’s character arc. Barbara was paralyzed until the 2011 DC reboot. Alex is still in the fridge to this day, and Sue is a ghost. Nowadays, however, there is a massive spike in comic book popularity, mainly due to the phenomenal commercial success of superhero movies. With this spike in popularity, the comic book industry is realizing that they no longer have a primarily male demographic anymore. They are drawing in a much more diverse crowd of people, and they need to show that they care about this newfound audience if they are to maintain their viewership. When female characters are thrown into the fridge, the female audience is thrown out as well. Hopefully, women won’t have to stay in the cold for too much longer.