Pillow Boys and Media studies: Why your favorite Husbando is important to the scholars

In 1956, academics Donald Horton and Richard Wohl created a comprehensive concept known as parasocial relationship/personae theory. The theory held that consumers form quasi-relationships through media with on-screen personas, or performers, who have been groomed by a team of media influencers (producers, editors, makeup artists etc), in doing so cultivating audience response and offering an alternative to real life interactions with other people. The theory is highly prevalent in communications studies and remains applicable in today’s modern media climate. On my quest to academically break down even the most trivial of anime, I use the show Makura no Danshi to critique Horton and Whol’s theory, redefining part of it to update it to the modern media context.

As we advance farther into the new century, it’s become clear that media has a startling influence on our perceptions of love. Whether using a VR dating sim, or nose-bleeding to the cute antics of an on-screen waifu, as consumers continue to become familiar with mediated figures the line between tangible connection and fantasy blur tremendously. This trend has become increasingly apparent to the point of spawning romantic connections between consumers and fictional characters who, unlike celebrities, do not in any sense exist in the real world. In Japanese anime, this move towards mediated romance has taken form as a ‘love revolution’, where people purposely develop romantic feelings towards fictional characters. To investigate this phenomenon, let’s delve into a critical analysis of the first episode of Makura no Danshi, or Pillow Boys,where handsome young animated men whisper seductively into the viewer’s ear as they fall asleep, placing the watcher as the protagonist in a romantic scenario (check the link above to get the experience, it’s quite eye-opening). Ultimately, this paper proposes that the concepts of personae and parasocial relationship developed by Horton and Wohl can be extended beyond mediated interactions between an audience and a real autonomous performer, to totally fictional constructs, like anime characters.

The newest relationship replacement on the market, VR dating sims seem to be what’s hot in the lonelyboi community

In order to get a solid grasp on exactly how Horton and Wohl’s definition of parasocial relationship theory needs to be changed, it would be beneficial to understand why it has changed. Uses and Gratifications theory is useful in this context because it reveals the roots at the base of the anime industry’s commodification of love. According to ‘Uses and Grats’ theory, psychological or biological needs generate expectations of mass media, leading to diverging patterns of media consumption and production that satisfy audience ‘uses and gratifications’. With reference to romantic relationships, this theory is important within the context of Japanese society due to the rapid shift away from the nuclear family experienced there over the past few decades. This has largely been a result of changing social climate clashing with steadfast cultural expectations. Following the end of the second world war, Japanese romance was largely anchored by economic concerns. The traditional family structure, for example, with a woman as caretaker of the house and a male breadwinner, led to the value and freedom of a person in a relationship being determined by the steadiness of one’s employment and overall economic security. However, as time has progressed, women have increasingly entered the workforce, forging independent revenue streams and putting off their domestic careers as a result. Additionally, a devastating economic crash in 1992  saw large cuts in wages and mass unemployment, resulting in an economic breakdown in expectations of love. Despite this, the stigmas linking personal value to economic status have remained unchanged. Consequently, both men and women now avoid real relationships, and interpersonal romance is no longer a financially savvy option for the average salaryman. 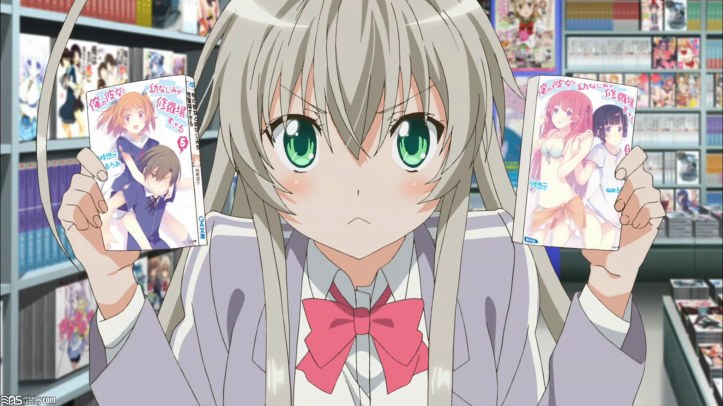 It seems even anime characters have bought into the love revolution

Nevertheless, the sociological pressure to attain relationship and the biological needs generated by libido remain. This has accordingly generated a demand for media that can satisfy the Japanese population’s uses and gratifications. Animation companies have largely stepped in to fill the gap, producing content directed specifically towards an audience that desires interpersonal connection. As cultural critic Honda Toru notes, these types of shows offer a “low cost, low stress” solution to the problem of love, suggesting that the creation of an interpersonal connection between viewer and fictional construct has risen out of the need for relationships in a society with high barriers to romance. Makura no Danshi can be seen as an exemplary model of this relationship-based content; the show is centered around the viewer having actual conversations with cute animated boys, even allowing pauses in monologue so the watcher may have time to respond. As the show itself admits, it’s a new concept designed to “heal tired hearts”. These factors together display how Makura no Danshi is attempting to fulfill the needs of its audience by supplementing an unattainable ‘real’ relationship with one on screen. Uses and gratifications theory thus explains a move in Japan to commodify types of relationships that were thought to be non-commodifiable, and to facilitate the creation of fictional constructs that are active partners within a parasocial relationship. 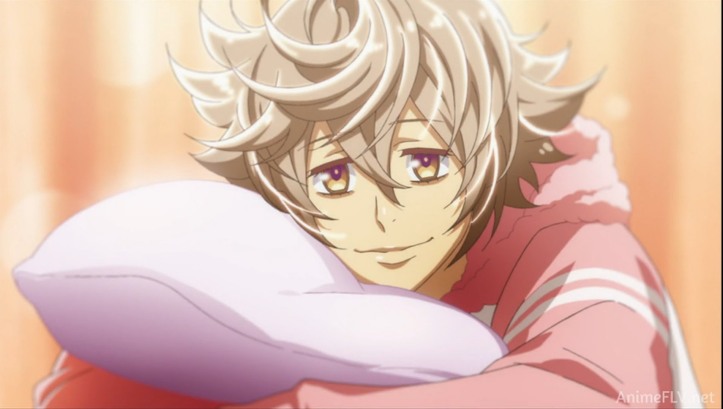 From this assessment of Japan’s cultural context, a true analysis of the problem at hand can begin. A critical assumption that Horton and Wohl make in their work is that the parasocial relationship is, essentially, a face to face relationship between a “spectator and performer”. They argue that performers display ‘personas’, highly curated versions of the individual, while performing to audiences on screen. This basic idea goes along with Gottman’s theory of self-presentation, where individuals present a ‘front stage’ persona to others based on the context of their interaction with others. This is similar to the way characters in animated media are ‘created’; through a team who work to create a ‘persona’ with whom the audience can bond with. In the case of Markura no Danshi, the main character Merry is a persona made up of the combined efforts his voice actor, Natsuki Hanae, the team of artists and animators, as well as the director. Despite this, the key point in Horton and Whol’s theory is that the character on screen must be a ‘performer’, an actor with agency who plays a role. The reality of anime productions however, is that the character on the front stage does not have agency. Rather, characters like Merry can be seen as fictional performative constructs with no direct connection to their backstage, defying Gottman’s assessment of the front/backstage dynamic. To illustrate this, any set of backstage technicians (including artists, writers, or even voice actors) could recreate a ‘frontstage’ of the character Merry. However, this would simply not work for a ‘real’ celebrity figure, like Justin Bieber, an actual person who fully occupies both his front and back stages. In this way, we can see that the fictional construct is more of an abstract idea, independent of the backstage which creates it. According to Horton and Wohl’s theory, this would deductively suggest that a parasocial relationship is impossible because the performer is clearly not a performer. Nevertheless, it can be inferred from previous information that, because watchers use this style of anime to fulfill a need for relationship, a parasocial connection is inevitable. 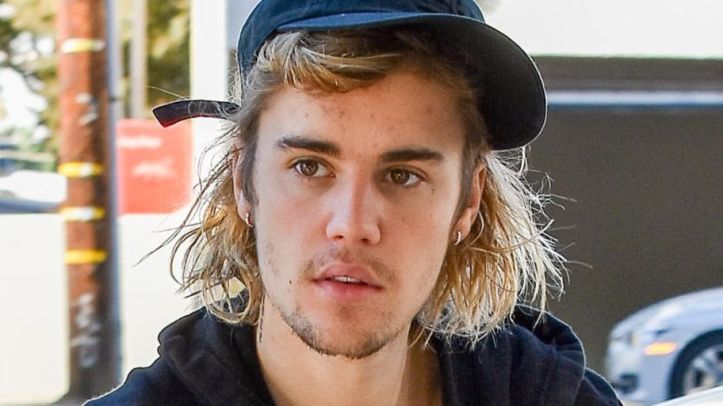 Even if he ain’t animated, Beiber is definitely husbando material

With this in mind, it becomes clear that the consumers of anime-styled content seek relationships despite the knowledge of the construct’s irreality. This is because they are keenly aware that the construct’s persona is just that, a fabricated front stage. The characters sought after in Makura no Danshi, for example, are stylized drawings, living in fantastic situations (a cute boy waiting for you all day like a pet, in the case of Merry). There is no attempt to convince the reality of the scenario to the viewer. Within mediated interactions between real celebrities and audiences, the parasocial relationship outlined by Horton and Wohl is underpinned by the possibility of meeting the performer in real life. The performer is real, hence the relationship is technically ‘possible’ and this makes the parasocial relationship seem more natural to the viewer. In anime however, no such hope exists. This leads to the idea that the parasocial interaction initiated between the viewer and performer within animation is consensual on the part of the audience. Horton and Wohl’s work seems to take for granted that a parasocial relationship will occur naturally as audiences become comfortable with the performers on their screen. However, the initiation of a romantic performer-audience relationship within anime is perfectly at the discretion of the viewer. For example, academics like Kumiko Saito have noted that watchers have power over fictional relationships within the huge yaoi (homosexual anime) scene in Japan, where female fans forge outrageous relationships between popular characters in order to explore various aspects of romance and sexuality often denied to them. It is not unthinkable that they could exercise the same power over their own connections with characters, and in fact, many do. Ultimately, the audience buys content to fulfill their needs, choosing when to allow a parasocial relationship flourish. In the case of anime like Makura no Danshi, there is a clear sense that consumers interact with the intent of forming a relationship with the characters involved, specifically because the format of the show explicitly integrates the viewer into its ‘romantic’ scenarios. These factors combined lead to the conclusion that fabricated performative constructs can indeed interact in parasocial relationships, although the nature of the relationship is viewer-driven and not as inevitable as Horton and Wohl imply.

That’s right folks, turns out if you bought the content, you’re probably the one “using” it

All in all, Horton and Wohl initially published their theory in a 1956 entertainment landscape, a far cry from the modern media context that we find ourselves in today. Despite this, their ideas concerning the relationships that we form with media figures have stood the test of time, even if they need to be recontextualized. In this article, I’ve attempted to do just that, considering the possibility of romantic relationships formed between viewers and fictional performative constructs using the anime Makura no Danshi.  Through this analysis, it has been shown that the notion of parasocial relationships can be extended to fictional constructs. Anime is a medium that is inextricably tied to its consumerist roots, and as such, the content that it sells (which the audience chooses to buy) is about satisfying individual demands. With this in mind, it has become clear that some of the underlying assumptions of Horton and Whol’s theory need to be changed in order for it to work. For example, their suggestion that parasocial relationships occur naturally between viewers and performers did not fit this anime consumption model. Because the idea of romance itself has been commodified in Japan, parasocial relationships have become a product to be bought and sold. Accordingly, anime has given rise to a new type of parasocial relationship, where the audience is fully conscious of its development. Therefore, it can be concluded that the model of parasocial relationship must be expanded from its original connotation to include fictional performative constructs.

So yes, its totally your responsibility that you’re attracted to cute anime boys, you loser.