Myth and Manga: A case for methods of Platonic Philosophy in Modern Media

Throughout human history, one factor that has remained constant within our social networks is storytelling. From the Epic of Gilgamesh to recent novels like Ender’s Game, narrative has played a key role in entertaining and teaching us. This trend has continued through various media, including Japan’s anime and manga boom. In this article, I examine some of the ways in which the medium of manga has absorbed ancient forms of utilizing stories, specifically how strategies used by Plato to teach philosophy have been adapted. To accomplish this, I analyze some ‘containers of knowledge’, namely the platonic dialogues and manga, using Innisian theory of communication. In doing so, I seek to understand the ways in which these media operate and prove that there are acute connections between the two; that manga can entail a type of ‘modern myth’.

Recognising the similarities and differences between media is key in understanding how different techniques of disseminating information might be transferred between the two. In analyzing the dialogues of Plato, we run into an interesting scenario. According to communications theorist Harold Innis’ method, communicative type (ie written vs oral language) and context are key to understanding a medium, yet Plato’s writings seem to defy a simple interpretation. Written from around 387-347 BCE, Plato’s dialogues worked within a Greek system defined by oral tradition. The dialogues were most likely printed on scrolls of papyrus imported from Egypt, and usually took the narrative form of a conversation between two thinkers (often Socrates and another interlocuteur). Writing was a relatively new phenomenon to the Ionian people, and few knew how to read. Considering this, The Republic was written partially in protest of the power of the orators in Athens, as evidenced by Plato’s call for a city without poetry. However, Plato understood that his audience was not likely to accept his ideas so readily; his dialogues were therefore constructed so as to appeal to the rhetorically-inclined Athenians. This was accomplished through the use of storytelling, similar to the myths of Homer and other poets, that many Greeks were familiar with. Plato’s myths served to simplify difficult philosophical ideas and fill readers, even contemporary ones, with a sense of wonder. The result of this was an accessible, yet durable philosophical text. While writing according to Innis might be considered a space-biased medium (that is, it spreads easily but does not last long), the mythical elements of Plato’s work imbues them with a timeless quality, similar to a religious text. We might therefore say that the inclusion of myth is what renders Plato’s knowledge accessible across boundaries of time and space. 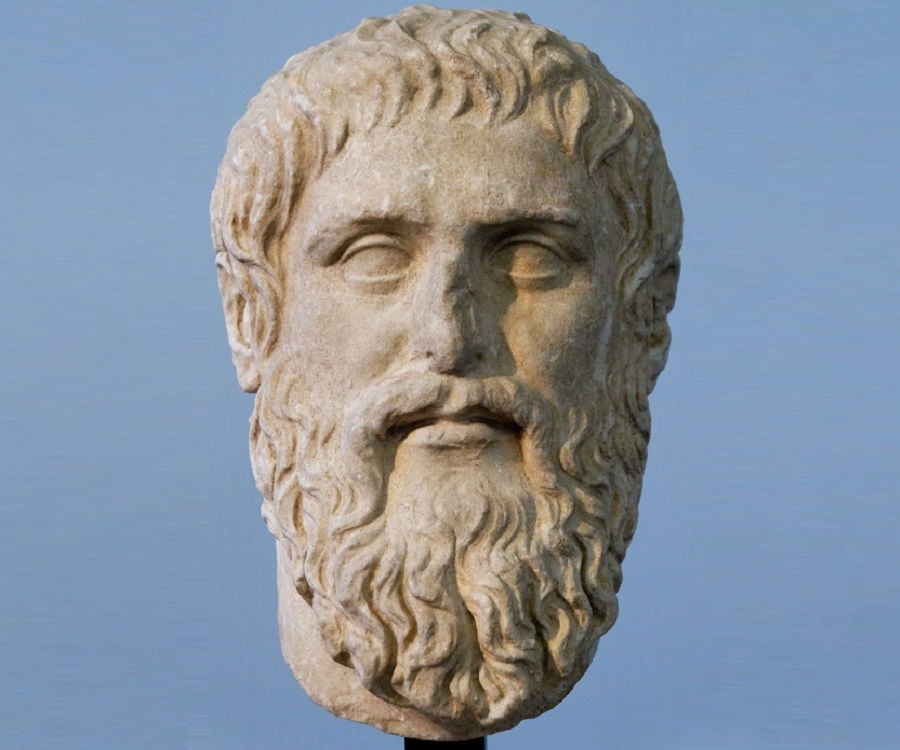 Plato: the man, the myth-maker, the legend.

Japanese manga, on the other hand, heralds from a completely different context to Plato’s writings. From as early as the Meiji era (1868-1912), sequential art had been used to describe and extract meaning from famous stories in classical Japanese literature. However, the real ‘birth’ of manga occurred following the American occupation of Japan in the 1950s and 60s, with the introduction of American-styled comic books and animation. Considered from an Innisian viewpoint, manga entails a unique case. It is designed to be a commercially viable medium, catered towards a mass audience with the purpose of entertainment, and making money. Manga is made through a combination of art and narrative; it utilizes words (text bubbles) and simplified iconography to communicate to its audience. The latter part of this amalgam is particularly effective, as we find it easier as humans to identify with basic forms of expression. Comic artist Scott McCloud calls this “Amplification through simplification.” In other words, we impose ourselves onto the iconified characters in a comic, making their experiences immanent to us. The result of the combined force of context and form is a cheap, fun, and easy-to-consume text format produced on a mass scale. For these reasons, considered from Innis’ point of view, manga can be seen as an extremely potent space-biased medium.

Manga on the surface seems to be the antithesis of Plato’s work. While Plato deals with profound divine and idealistic concepts in Phaedrus and the Republic, manga’s waifus and shonen-shit is largely material in both its consumption and content. While the dialogues are fundamentally about philosophical dialectics, manga has widely commercial goals. These differences in the ‘character’ of the media involved are stark and seemingly irresolvable. This is not the case, however. It should be noted that a medium is a tool in the hands of a creator. While Innis might argue that media has the ability to shape people and civilizations, even he must concede that key writers and thinkers can exercise their control over certain media in powerful ways (to Innis, Plato was a notable example). This is similarly the situation with Japanese manga; just as Plato’s writing was able to capture an aspect of timelessness, in the hands of a good craftsman, manga can arguably become an equally comprehensive work of art. This is especially the case because of a comic’s special combination of visual aesthetics and written word: manga has the ability to draw the reader into its ‘universe’ and force its audience to seriously consider the ideas that it suggests. We might go so far as saying that manga can serve as a ‘platonic’ myth. 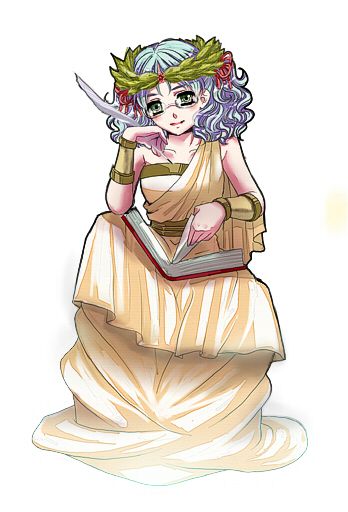 Now, when we consider platonic myth, we are not equating what we might call ‘traditional myth’ with manga. Traditional myth constitutes a quasi-religious tale that usually established the backbone of an oral tradition (examples like Homer’s the Iliad and the Epic of Gilgamesh come to mind). Rather platonic myth is a tool used by the author to establish and support a philosophical truth. The key aspect that precludes a narrative’s status as a platonic myth is the way in which it is used. While myth is often framed as a spiritual or metaphysical story, Plato himself defines his myths as telling what is “on the whole false, but with some truth in it”. This establishes the idea that the platonic myth is a different entity from the traditional, because Plato’s myths are strategic falsehoods, rather than faith-based ‘truths’.

Having made this distinction, it becomes quite clear that manga indeed has the capacity to adapt the tool of platonic myth, or rather, can itself be a form of platonic myth. The precise reason that manga has the potential to be a powerful philosophical tool is because of its inclination towards storytelling. To put it simply, just as Plato used myth to highlight the underlying philosophies of his dialectics, a well written manga has the ability to pick up and disseminate philosophical ideas to its audiences. In the hands of a good author, a manga has the power to draw the reader into the narrative, and not only force them to confront the philosophical questions posited, but even give an exemplar on how to answer them; a format that is comparable, if not identical to the function that myth plays in Plato’s works.

Take, for example, the Fullmetal Alchemist series by Hiromu Arakawa (for a quick brush up on the series, look here). In this series, the journey of Edward and Alphonse towards their final confrontation with Father doubles as a metaphysical voyage towards the final answer of difficult moral questions. In support of this, ethics researcher Arthur Sementelli notes that while the duo begin their journey with a crude understanding of how to handle ethical dilemmas, they eventually move “to views that are mature and complex”. This is a theme that Arakawa pushes often in her comics; in introducing the characters to moral dilemmas at frequent intervals, she asks the audience to question what their own reactions would be, linking ethical development to personal experience. For example, Edward and Alphonse are forced to determine whether or not to use the philosopher’s stone at multiple junctures, despite its sickening origins. Sementelli posits that “… the concept of storytelling can be used for sensemaking,” specifically within a philosophical discussion. Thus, we can see one example of the platonic myth taking shape within Fullmetal Alchemist, as Arakawa uses the narrative of journey to teach the reader philosophical principles.

Fullmetal Alchemist also shows a myth-like quality due to its clear resemblance to Plato’s Myth of Er in the Republic. Following their final fight with father, Edward confronts the ‘God of Alchemy’ (called ‘Truth’), who sits in front of the “Gate of Truth” on the metaphysical plane. Here, Edward makes the decision to sacrifice his ability to use alchemy –one of his greatest talents–  to revive his brother. In doing so, he gives up his opportunity to have prestige and power, becoming more or less a normal person. Despite this, his choice pleases Truth, who contentedly responds: “That’s the correct answer, alchemist.” In confronting his personal ideals, his goals, and acquiring wisdom over his journey, Arakawa shows that Edward has become morally better individual, suggesting that we ought to do the same. Similarly, in the Myth of Er, the soul of the Greek hero Odysseus is confronted with a choice of destinies; whether he wishes to become a commoner or king in his next life. However, Odysseus has become a wise man over the course of his existence. Thus, he chooses the lesser of the two options, the commoner, to enjoy a simple existence. In doing so, he summarizes Plato’s thoughts on how individuals are responsible for their own morality, and how wisdom is the key to living the good life. By using this comparison between the two texts, we can see that manga’s capacity to suggest philosophical action lines up with the definition of a platonic myth, Arakawa again positing philosophical truths through her work. In this way, we see that despite the gap in the character of media and the contexts from which manga and the platonic dialogues arose, the ability to use myth effectively has remained the same. 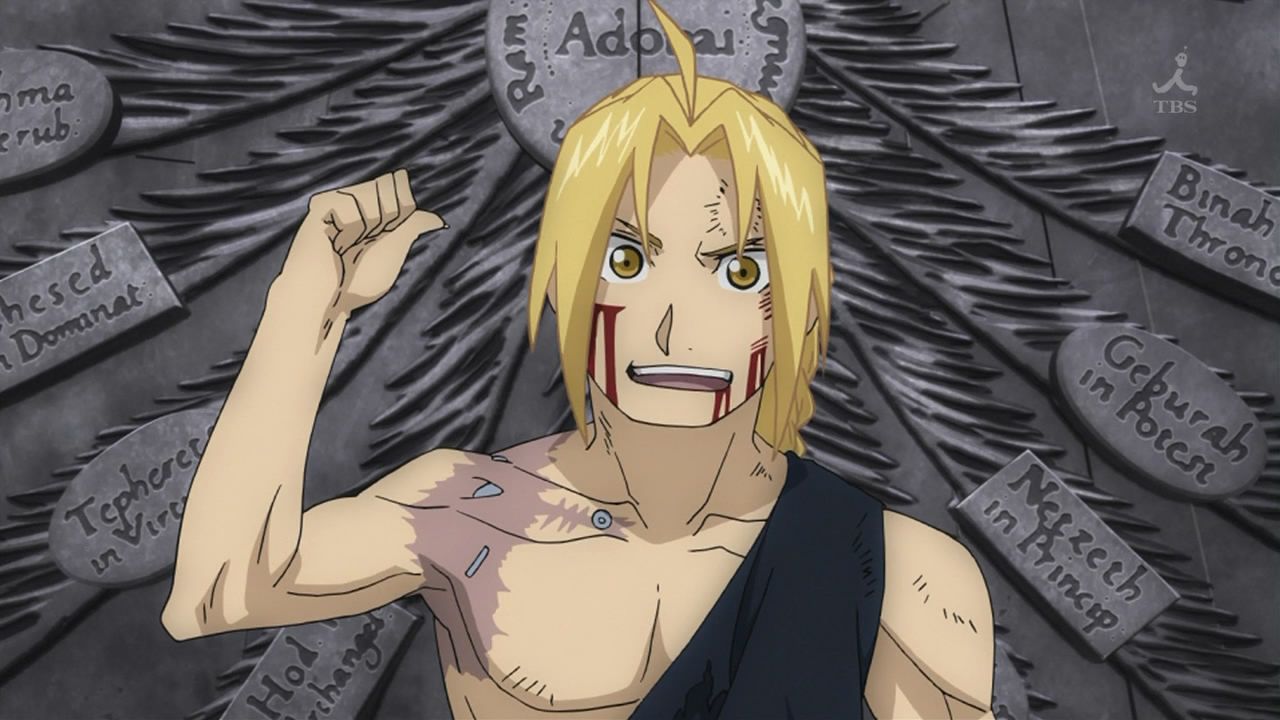 Edward confronting Truth at the Gates of Truth

Elements of myth can be seen throughout a plethora of human expression and narrative. Indeed, the use of myth transcends time and place; this is a large reason as to why we are able to sympathize with characters from the Biblical Old Testament, why we study mythology in our universities, and why stories of the Norse and Greek gods are still told and retold in contemporary society. And, even today, we are still forging new myths. In the case of manga, Arakawa adapted Fullmetal Alchemist to be used as a platonic myth, transferring ethical knowledge to her audience over the course of the story. In doing so, at least to me, she’s set an example for a new generation of how good storytelling can lead to wisdom, even in a culturally homogenous and commercially-driven environment like Japan’s manga scene. Without a doubt, Plato would be proud.