Since the beginning of Japan’s animation industry, a focus on aesthetic cuteness and a certain ‘lovability’ embedded in character design has comprised a significant role in the creative process. Such ‘lovability,’ describing a distinct emotional connection to 2D characters, has been described using the term ‘Moe’. The word Moe, derived from the Japanese word ‘budding’ or ‘to bloom’, is understood as characters that are “‘cute’, ‘huggable’, or ‘endearing’,” particularly in Japanese anime and manga. While the word itself seems harmless, its usage and spread in recent years has divided the anime community. Some, such as myself, argue strongly in favour of the existence of Moe in anime. Nonetheless, there is a second camp calling for its downfall. In response to this ever-widening debate, I decided to evaluate the legitimacy of both sides, considering the artistic and social implications of the Moe ‘movement.’ In doing so, I seek to understand whether Moe is a meritable style of content.

One reason Moe is often praised is because it is aesthetically pleasing. At its core, Moe is a form of artistic expression: a way of visually structuring a piece of art to create a feeling. The styling of individual characters in Moe artforms are simplistic and cute, giving the audience a pleasurable reaction, supposedly similar to interacting with an infant or puppy. Japanese manga critic Ito Go summarizes the process of ‘feeling’ Moe nicely: “there is a moment when you suddenly understand and feel the pleasure of images and lines. At that point, what you are looking at is no longer the boring repetition of image, but pleasurable characters”. Ito believes that Moe can actually be a bodily sensation, similar to what one would experience if listening to emotionally charged music. He calls this phenomenon the “pleasure of lines”, expressions of movement and form that are abstracted to become simplistic understandings of an object. These simple renditions of characters allow the audience to connect with the emotions of the subject; the more realism is reduced in the art, the more easily we can understand and process the ideas surrounding the it. In this way, we might see Moe as valuable because it allows the viewer an easy-to-access emotional connection to the medium. This suggests that Moe is not only aesthetically pleasing, but a powerful tool to connect with the viewer. Thus, if applied appropriately, Moe might finds base value in making people feel good.

Shimakaze from ‘Kantai Collection’, gives a good example of the Moe ‘aesthetic’

However, Moe as art has come under much criticism because of its capacity to over-saturate the creative market. To critics, Moe’s rise as a popular form of expression has heralded the destruction of more complex genres in anime. This is largely due to the fact that Moe-themed pieces usually focus on characters rather than narrative. While characters in Moe are simplified and easy to understand, they might not offer much more than superficial pleasure. This robs the art form of meaning and prevents artists from making nuanced points, especially if they are unable to break the stigma that their work has to have Moe archetypes or styling. To Azuma Hiroki, Japanese cultural critic, the prominence of Moe is emblematic of a change in the way pop culture is consumed:

People refer to Lucky Star [A Moe manga series] as Moe media because it is all about how much the fans love the characters. The characters are designed in such a way as to draw people in; they are amalgamations of elements of design that fans respond to as Moe. This is different from a novel, for example, where the characters are important because of their role in the story… Moe media is the opposite, because the characters themselves are interesting and do not require a story.

This might be especially dangerous to the creative process, especially when publishing companies and animation studios seek to cut costs, as difficult-to-produce complexity in storytelling is replaced by a thin layer of aesthetic beauty, creating hollow ‘shells’ of literature. Prominent Youtuber and pop culture analyst Michael Sundman (also known as Gaijin Goomba) calls Moe the “junk food” of anime for this reason. The Moe creative process is easy, cost-effective, and addictive; tempting creators to take the easy path and produce empty Moe-styled work, as opposed to original content. Thus, Moe may limit artistic growth in the anime market. 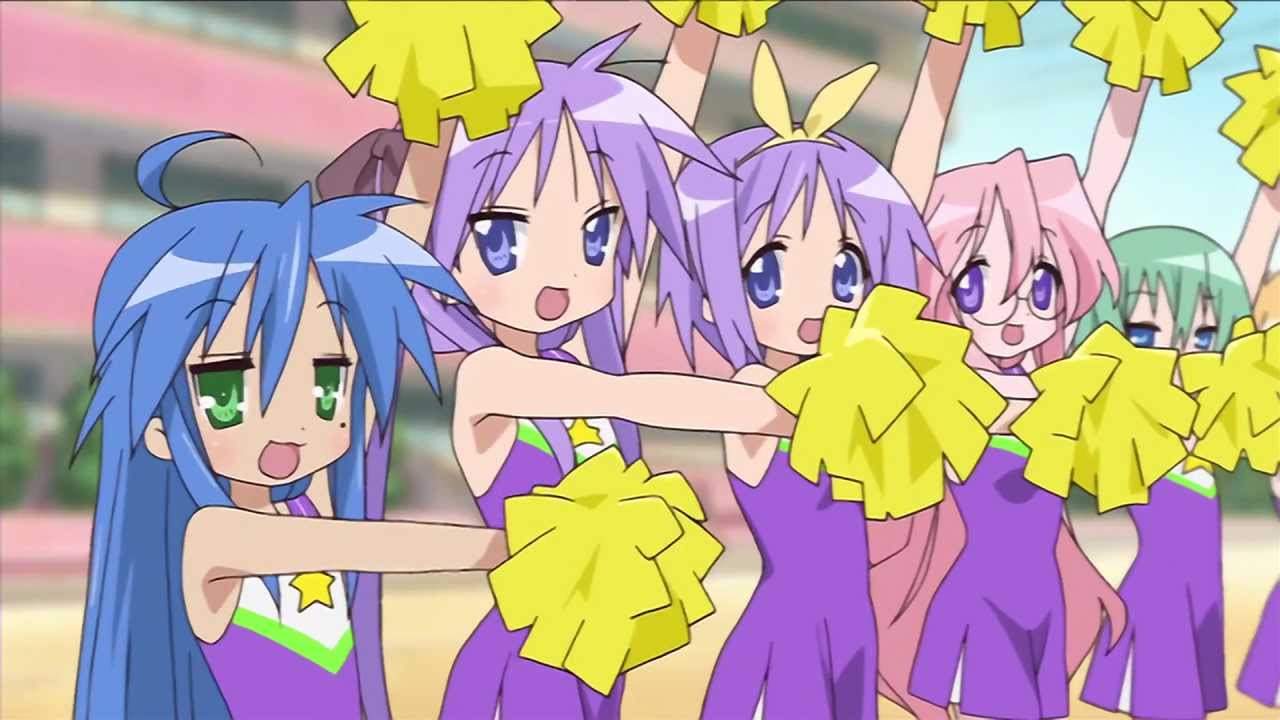 However, the empty ‘shell’ that Moe creates might actually be of some benefit socially. As a part of the larger otaku movement, Moe holds a special position as an influence on Japanese society. Moe represents an escape from reality. This is precisely because the empty narrative form of Moe, and its emotional simplicity, allows the audience to easily immerse themselves in the content they are consuming, forgetting their situation. For people going through depression, especially in a highly demanding social order like in Japan, Moe is (for lack of a better term) a god-send. Author and cultural critic Honda Toru describes Japan’s social construction of love as tied to the productivity of their work. However, as the economy plummeted in the 90s’, fewer men were able to secure jobs or partners, leaving them lonely. He believes that Moe provided aid to this problem, offering a “low-cost, low-stress solution.” According to Honda: “forcing people to live up to impossible ideals so they can participate in so-called reality creates so-called losers, who in their despair might lash out against society.” Thus, one social benefit that can be seen from the emergence of Moe is a “love revolution,” giving marginalized men an opportunity at feelings that society would otherwise have denied them. There are also negative social implications that go along with the Moe trend. One particularly strange offshoot of Moe culture in the West has been the use of Moe characters as tools for shitposting on image boards like reddit and 4chan. While these posts are mundane on their own, they have been utilized for much more nefarious purposes. For example, the alt-right movement in the US has been known to utilize Moe characters as a mode of radicalization or harassment, creating racist or anti-PC memes based on Moe-styled characters. One example of this includes the “awoo” meme, featuring Touhou character Momiji Inubashiri (an anthropomorphic wolf-girl). The meme was first used in 2014 on 4chan’s [s4s] board. It was later hijacked by proponents of the far-right in support for Donald Trump’s presidential race. Even Richard Spencer, a well-known alt-right leader, recognises the potential that Moe offers: “The aesthetics of the alt-right, I would say, could involve anime…” The ease of personal connection and the ‘hollowness’ of the Moe character make it useful for media campaigns, including those of propaganda. This is because the character itself is flexible and easy to manipulate; the requirements for creating and propagating Moe-based memes are as little as time and a basic knowledge of Photoshop. Therefore, Moe has the capacity to be used harmfully in support of various social movements. This of course does not just apply to white nationalists, but to any number of groups, suggesting that Moe is potentially more dangerous than its innocuous style leads us to believe.

Momiji Inubashiri from Touhou as a Trump supporter

The word Moe describes an abstract emotional connection one feels for a character. Nevertheless, its spread within the anime community and greater society entails much more than this simple definition. One thing that especially surprised me about the Moe phenomenon is the fact that it has such a wide reach, reaching so far as into the backwaters of American politics. I’ve also found that the reason Moe is so prominent is due to its essentially ‘hollow’ nature; Moe in itself is empty enough (content-wise) that the audience can impose any meaning they want upon it. This makes Moe extremely viable as a way of packaging commercial products, as well as allowing it to be adapted to a plethora of other uses.

Nevertheless, I don’t think that I can pass judgement on Moe; the arguments I’ve gathered on both sides provided convincing points. As an art form, Moe is generally harmless, if not pleasurable to the viewer. Of course, this value judgement is somewhat subjective; “beauty is in the eye of the beholder”, after all. Despite this, there is a very legitimate point that Moe has the capacity to destroy narrative structure within anime production. This argument does not, however, take into account the times when the medium is used well, or in conjunction with good writing (shows like Madoka Magica and Kobayashi’s Dragon Maid come to mind). Anime has much to gain from Moe, and a total rejection of the art form, to me, only limits our perspective. That being said, Moe, as a social tool, has the capacity to both hurt and heal. With this in mind, I find it difficult to make objective value judgements about the subject precisely because its effects are so broad and powerful as to not offer a simple right or wrong binary. Considering both these lines of thought, I belief that Moe, while not as perfect as I originally considered it to be, is certainly not a trend to be despised. Rather, it is something to be enjoyed in moderation. After all, A little junk food is good once in awhile.