You know those rare moments when all the right pieces of a puzzle fit together to create a beautiful picture of a sunset or a cute puppy running in the grass or something like that? You know that feeling of immense joy that overcomes you as you shed a tear for all the hard work you put into it? No, I’m not talking about Leonardo DiCaprio winning his first Oscar last week (although that was a pretty sweet moment in and of itself). I’m talking about the well-deserved redemption that was years in the making – Deadpool. And yes, it definitely paid off. 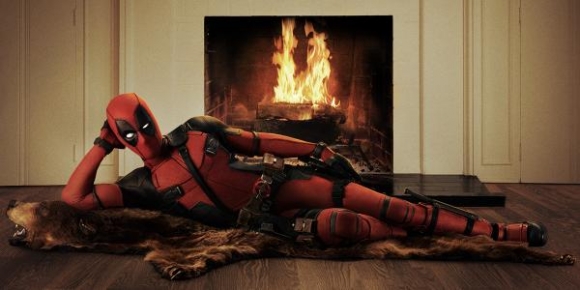 This comedy superhero film stars the one and only Ryan Reynolds as he gives what may be one of the best performances of his career, playing the role of a lovable yet jerky mercenary named Wade Wilson who is diagnosed with cancer and survives mutant experimentation at the hands of (what’s his name?) Francis (aka Ajax). This movie hit the right notes on so many levels with its comedy, characterization, storytelling, and the use of its R-rating. Let’s take a closer look at what I mean.

In the comics, Deadpool is known for breaking the fourth wall and being generally self-aware. This was a technique used many times throughout the movie, but in a way that elevated the comedy so that it engaged the audience with the narrative. The best part about that is how it also worked quite well to carry the story forward instead of just introducing witty remarks every once in a while. Breaking the fourth wall is the kind of technique that only works for certain characters like Ferris Bueller, where the main character is likable, witty, and full of depth. Personally, some of my favourite moments from the movie were when Deadpool constantly referred to the X-Men, especially when he noticed that there only ever seemed to be two X-Men in his movie because the studios couldn’t afford anymore. It’s quite a smart move from Fox Studios’ side to poke fun at itself and it only helps the audience feel more light-hearted and entertained. Not to mention there were also some memorable dialogues and jokes that made me laugh my guts out. Honestly, the comedy in this movie felt quite refreshing and almost acted like a character of its own alongside the main action sequences and the romantic plotline.

Speaking of the plotline, the movie itself was structured a lot differently than most superhero movies. In my opinion, the flashbacks and flash-forwards between the present action scene and Deadpool’s origin story worked well; it made the buildup to the final battle with Ajax and Angeldust much heftier and filled with more momentum. What could have been a long first 30-40 minutes of Wade Wilson meeting Vanessa and getting diagnosed with cancer was spread out evenly throughout the first and second act of the movie to create a more entertaining and stable pace overall. Many people found the plot to be quite predictable and overdone but I rather liked the filmmakers’ decision to keep it simple instead of creating some extravagant, impossible plot. It definitely made it easier for casual viewers to follow along with the story without being too off-put by the constant references. In fact, if anything, the simple plot just gives more room for Deadpool’s character to develop and have some breadth and just be the lovable jerk we were all hoping to see in the first place.

It would be very hard to deny that you didn’t walk out of the movie feeling some love for all the characters involved. Each character had their own purposes for being present in their respective scenes (rather than just being the hot chick or the comic relief). Wade Wilson’s character, though still a lovable jerk by the end of the movie, came across as a three-dimensional character when we got to see him fall in love, suffer intolerable pain, and muster up the courage to save his girlfriend and while having his views changed on what it means to be a hero. When it comes to Vanessa’s character, what I ultimately liked was that she was not your typical damsel in distress. She knew how to help herself, especially since she’s survived through such a traumatic childhood, and she was never afraid to help out Wilson, no matter the odds. She actually had some character to her and wasn’t reduced to a sexual object (as pointed out in the movie), which only made her chemistry with Wilson that much more believable and worth rooting for. The side characters including Weasel, Blind Al, Colossus, and Negasonic Teenage Warhead (that really is a cool name) all served their purpose to support Wilson and even encourage him to join the X-Men instead of acting like some conventional sidekick like old-school Robin.

There’s no doubt that the R-rating caused some audience members to get upset because their kids wouldn’t be able to watch it. But that’s the thing – this movie really isn’t meant for kids. It’s a superhero movie for adults, who usually are condemned for liking something that they should have grown out of. Clearly, many adults enjoyed the movie, as the box-office sales rose to approximately $132 million domestically on opening weekend. The hyperbolized violence wasn’t even disturbing, it was just purely entertaining to watch. The nudity and coarse language seemed quite appropriate for this character, something that does not work as well in most movies. Viewer discretion was seriously advised for this one and it only allowed the filmmakers to explore even more possibilities.

Before I conclude, I just thought I would share some of my favourite moments from the movie, in no particular order. There will be spoilers ahead, so spoiler-phobes, you’ve been warned.

Overall Deadpool was a breath of fresh air, not only for comic-book fans but for casual viewers too who just wanted to have a good time at the movies. Its vulgar yet sharp comedy along with the beautifully choreographed action sequences provides future filmmakers with a fresh perspective on R-rated movies and how it can be utilized for upcoming movies (cough cough Wolverine 3) to create more mass appeal and really make a mark upon the cinematic world.