…well, if only it had lived up to expectations.

I only needed to watch the first episode to know that Aldnoah.Zero would be my favourite anime of the 2014 July season. The episode begins in a typical way, with the school-kid protagonist living in a war-torn society. Then, unexpectedly, all the epicness is unveiled at the ending of the first episode. It is probably the most epic first episode ending in anime history — with entire cities destroyed just like that!

This series appeals to me and most other fans for two major reasons. First, this is not just another one of those school-kids-stumble-upon-super-power-and-become-invincible sort. The protagonist, Inaho, is a genius who uses his own cleverness to combat the enemy. Secondly, this anime has no shortage of epicness. The mecha fights are a real treat for action-lovers.

Despite all the love that this anime received at the start of the season, it quickly lost its appeal. The plot was originally another reason why it had so much promise. However, the promise was quickly lost after the first few episodes, probably right about when Gen Urobuchi handed the story-writing over to Katsuhiko Takayama. In the first few episodes, when the various plot twists were still enjoyable, I sincerely believed that this would be a one-of-a-kind show that bashes all clichés in the anime world. But after a few episodes, the plot twists became repetitive. I found myself expecting a plot twist in every episode, and was disappointed otherwise. Moreover, Inaho uses the same ploy every time – finding a common sense weakness in the Martian Kataphrakts and making them crumble like egg shells. Some of these weaknesses are quite a logical stretch, making you wonder if the Martian Kataphrakt designers are idiots. Although the first half of the story certainly had its appeal, the plot’s declining quality in the second half leaves the fans in disappointment.

Of course, one does not simply talk about the plot without commenting on the ending, which could only be described as “ridiculous.” No one saw that coming. This unexpected ending leaves the audience with a mixture of shock, dissatisfaction, and rage. If you’ve already seen the ending, you can scroll to the bottom for a special commentary. If you have not, then please do so at your own discretion: be warned, scenes may contain jaw-dropping, screen-smashing, fist-clenching absurdities.

The main characters of the series, from left to right we have Slaine, Inaho and Princess Asseylum

Aside from the declining quality of the plot, there were also many complaints with regard to the lack of character development in the main protagonists Inaho and Princess Asseylum. These two characters remained the same throughout the series – Inaho was always the clever, stoic genius and Asseylum always the weak, altruistic princess. Personally I found it difficult to identify with these characters because real people change over time, and real characters develop when shit happens to them. But they remained the same soulless cardboard cut outs from beginning to end.

The only main character that showed any sort of promise was Slaine. He begins to experience internal conflict halfway through the show, wondering whether to side with Terrans or Martians. He isn’t flat like Inaho and Asseylum, and was definitely presented in a more realistic way; therefore, he was my favourite character of the show. But I was annoyed by the fact that he did not serve as much purpose in the plot. In one of the last few episodes, he rushes to United Federation of Earth headquarters just to find that the Princess is not there, and rushes all the way back to the landing castle. Seriously, what was that for?! These scenes have no purpose other than to increase Slaine’s screen time. Although Slaine showed some promise with his character, it was certainly not enough to cover the flaws of Inaho and Asseylum. All together, the problems with character development made this show a little frustrating to watch.

Character development issues aside, the artistic style of this show is amazing. The illustrations are incredibly detailed and realistic, with vibrant colours. I’ve noticed that there are quite a bit of what appear to be camera lens flares – such as whenever the eyes of a Kataphrakts light up – that make it seem like you are watching a sci-fi movie. It doesn’t take long for the fans to recognize that the animation budget must have been pretty high. On the other hand, some fans proclaimed that the CGI used in action scenes are out of place for a 2-D anime. I, for one, enjoyed the CGI because it added an exciting element to the mecha fights. You really have to watch the anime and decide for yourself.

Camera lens flares were used throughout to add a sci-fi feel.

Like the art style, the music in this series is also another big plus. The opening, “Heavenly Blue”, was composed by Yuki Kajiura and performed by Kalafina. Perhaps because it was performed by Kalafina, the opening had the same emotional feel to Fate.Zero’s “To the Beginning”, another one of my favourites. “Heavenly Blue” has a techno feel which I thought was quite fitting for this mecha anime. Hiroyuki Sawano was responsible for composing the OSTs, which certainly lived up to the expectations of Sawano’s work. The OSTs were seamlessly integrated into action and emotional scenes to enhance the anime experience.

Overall, Aldnoah.Zero is a show with amazing animation, music, action and plot twists (for the first few episodes). While the plot declines halfway through and some of the main characters had little development, this was still my number one anime of the 2014 July season. At the end of episode 12 they announced that a second season would be aired in January 2015. It would be interesting to see where this anime goes. With the huge animation budget and the involvement of so many big shots, fingers crossed that this would not end as the second Guilty Crown. 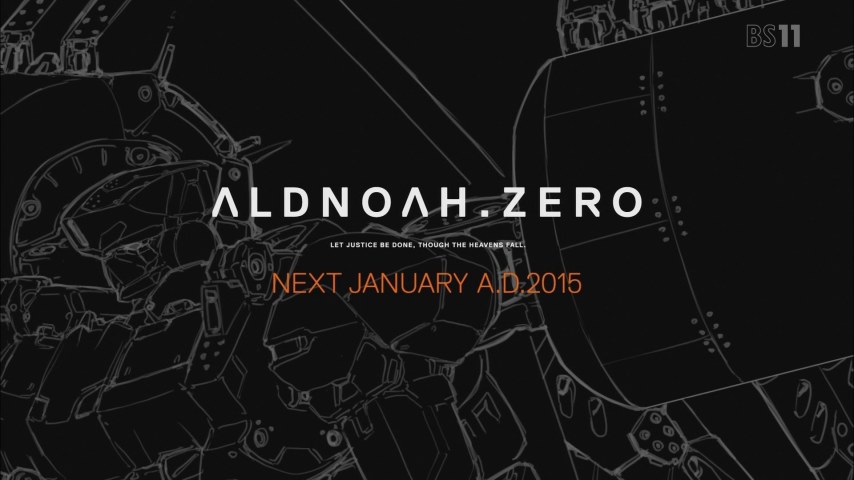 Special commentary on the ending

We see the Princess being shot and we feel sadness for her. But that was not out of the blue. After all, she had already died two times before this.

We see Inaho crawling toward her. Regardless of whether or not you are a fan of his character, you couldn’t help but feel sorry for him.

And then we see Slaine pointing his gun at Inaho, which defies all logic.

You see the bullet shoot through Inaho’s skull. You see blood spurting out at the other end. But at that moment, the gravity of it all hasn’t registered in your mind… yet.

Then the ending credits come up with the announcement that the show will be continued in January 2015.

Slowly, you look up from the computer screen and go “WTF did I just watch?!”

I can understand that the ending was intended to shock the audience inline with how every episode has a surprising plot twist. However, by choosing to end with the definitive murder of two out of the three main characters, the producers of this series had dug a grave for themselves. I cannot possibly think of an effective continuation in season 2. There are two evident choices before them: to resurrect or to not resurrect. However, either of these choices will lead to a decline in the fan base. Since the Princess was expendable, the main question surrounds whether Inaho will be brought back.

Choice 1: Inaho comes back to life

This is the obvious choice, as he is, after all, the main protagonist. One does not simply have a story without the main protagonist. However, we must keep in mind that there are many fans following this anime for its ingenuity. By choosing to conform to the usual expectation of resurrecting characters to life, this anime will lose that valuable element. Personally, I only follow anime that are different than the others – the ones that shock me – like Full Metal Alchemist, Code Geass or Death Note. Thus, I would certainly lose respect for this anime if he comes back to life as one would expect. There are also many fans who are fed up with the lack of character development in Inaho, and simply wouldn’t want him to return in season 2.

Choice 2: He does not come back to life and the story carries on with another main character.

This is the unlikely choice, and a terrible one. Regardless of how much I dislike the first choice, I dislike the second choice even more. This anime has already built up a fan base with everything that it has, and this includes the main protagonist. The production team only has to read the general comments to know how much rage was created over killing the main character. Many fans have stated that they will not be following the second season if their beloved Inaho does not come back. While I’m not a fan of Inaho, I can also agree with them; this anime will no longer be the same without Inaho in the lead.

With recent release of the promotional material for season w, it is almost certain that Takayama will be going with the first option. Although I am slightly disappointed, I recognize that this is the safer option, and the option that will likely secure more profits. However, since Inaho and Asseylum were evidently shot dead in the last episode, it would be interesting to see how they will be resurrected in the new season. My best guess is something to do with the Aldnoah superpower. I’m sure that the rest of the fan-base is also dying to know. I guess we’ll just have to wait until January 2015 to find out. 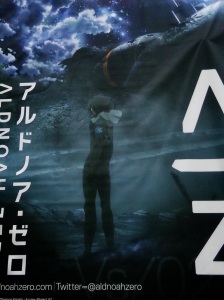