Parasyte is a manga that ran from 1990 to 1995. Before ever hearing about the anime, I’d read the manga and enjoyed it a good amount. I’m struck by the fact that Wikipedia claims it’s suddenly overwhelmingly popular, with 2 movies to be made in 2014 and 2015, not to mention the anime that started up maybe a month or two ago.

Before even discussing the anime, I’d like to describe some of the elements in the manga that make it different from the other horror manga I’ve read. Most importantly, the fact that the evil creature in Parasyte is not all that evil. Whoops! 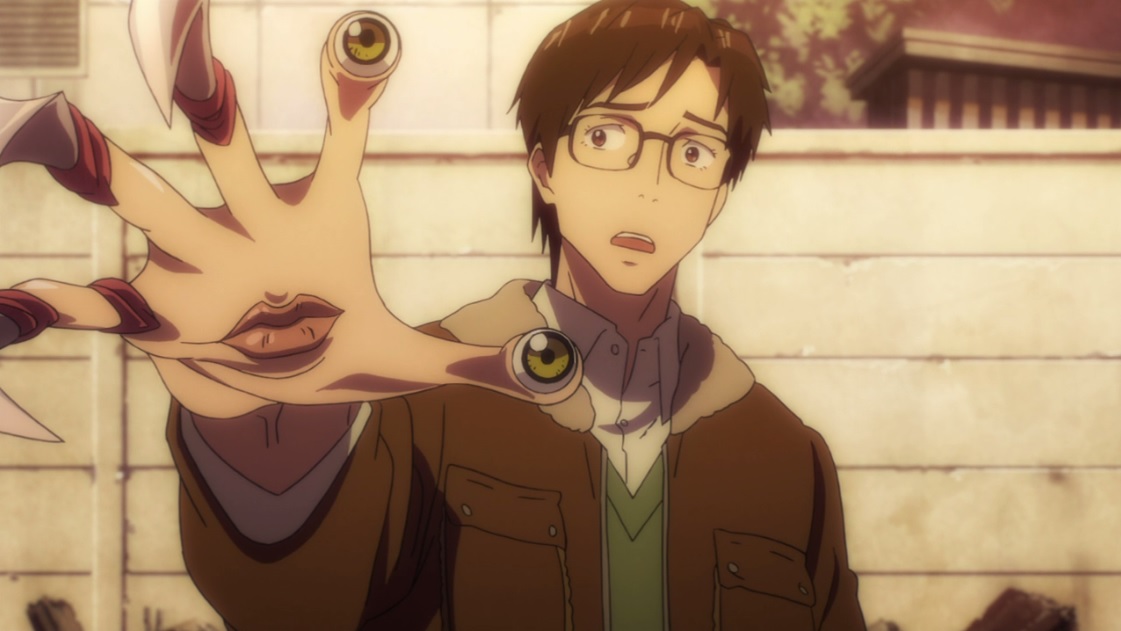 So reasonably enough, Parasyte is about this species that is space-dropped to Earth, presumably with the intent of taking over the planet. These little worms get into other creatures’ brains and take over, living by eating other beings of the host species (as depicted in the anime, at least). Our hero Shinichi was innocently sleeping when this creepy worm thing snuck into his arm and tried to worm into his brain. Well, this wasn’t successful, as now both share Shinichi’s body. Most parasites get in, take over, and start murdering and eating others of the host species without remorse. The best parasites learn to function in the host species’ society and blend in ‘perfectly.’

Onto why I don’t see the parasites in Parasyte as truly evil: it’s because they are explained. There’s no mystery as to why they do what they do; they’re just creatures surviving as parasites would (with some horrific twists, I suppose). In Majora’s Mask, we’re (okay, I’m) scared because Majora is needlessly evil. There’s no reason behind it. It’s pure evil. These parasites, however, are simply existing. Not to mention that they’re intelligent, and learn to communicate with humans – especially Shinichi’s parasite, Migi. They learn to coexist happily, and work together, and become best friends.

However, I think the idea is a bit like a superhero comic – not that I’ve read any. But Shinichi can’t come out about working with Migi, because he would be subjected to death or research. Probably both. So he hides and lives his normal life, while trying to find other parasites (well, Migi and the other parasites can sense each other, so that’s simplified) and defeat them. 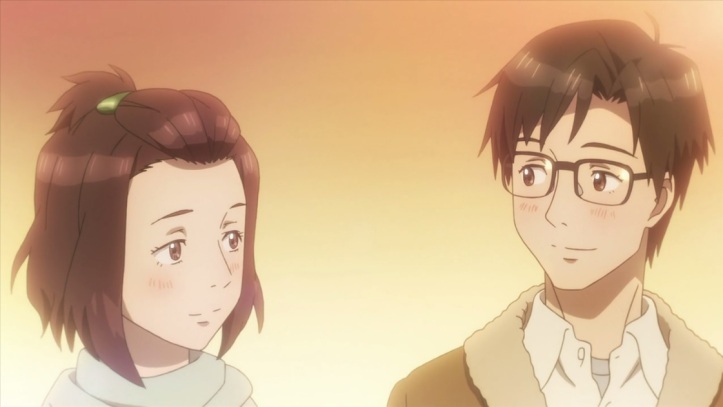 The anime seems to be following mostly the same plot as the manga, probably with a few changes as is customary. One notable difference is the art style – the manga’s style suits its time well- as it’s a striking style that’s perhaps better at scaring me because I associate that 90’s style with my childhood. The anime has a pretty modern feel, which is nice looking – I’m 100% sure the animation is of a much better quality in Parasyte -the maxim- than it is even in the Sailor Moon reboot (look, I love Sailor Moon, but seriously this is hardly an improvement over the original anime).

The anime’s Shinichi seems much less serious than manga Shinichi, which bothers me a little bit. Most bothersome about Shinichi and Migi is the fact that Shinichi is supposed to be keeping Migi a secret, yet seems to be yelling into his right hand, or talking to an eyeball floating around his neck every other minute. The interactions between Migi and Shinichi throughout the series make it seem more like a funny slice of life about their developing best-friend-ship rather than a dark horror about cleansing the Earth of humanity (or something like that).

Overall, Parasyte is definitely worth it – I’ve read things saying that Parasyte is ‘disturbing,’ but I really disagree. It’s pretty lightweight for Japanese horror, (see: Gyo) and has a serious but not overpowered main character. In spite of whatever complaints I might have, Shinichi and Migi make Parasyte the charming series that it is. The tension, dependence, and friendship between them is the meat of Parasyte, and rules both how Shinichi interacts with the people in his life, and how Migi interacts with other parasites. They’re a duo you can’t help but root for, but with a light Deathnote feel – Shinichi is just a human trying to keep up with the parasites’ strong logic and body-blades. If I had to choose, I’d undoubtedly rather read the manga than watch the anime, but that’s to no detriment of the anime. The anime’s quality is unexpectedly great, even if its theme song is over-the-top. That alone hopefully says that the manga is even better.

It’s a cute story about mysterious murders and the only two who can stop them.