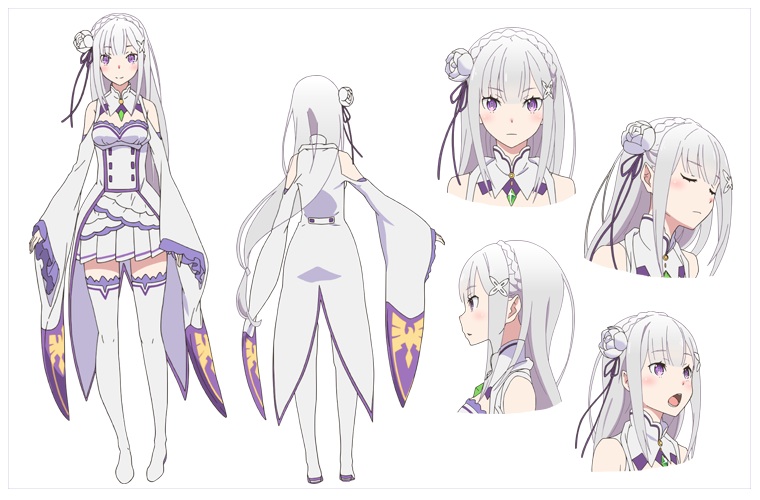 Emilia is a very kind hearted and earnest girl. She is very modest and soft-spoken. But when push comes to shove, she is not afraid to speak her mind. Appearance wise, we have a cute smile and interesting pointy ears. She sports a purple outfit that suits her character well. A big plus are the thigh high socks that show off her Zettai Ryouki (area of skin above the thigh high sock). This aspect and her overall preset character put her at number 10 on my list. A great waifu from an objective perspective. However, as a dynamic character in a possibly on-going series and as far as quirks go, Emilia is not the best. I put her at 10 because she has no character development at all, and has a borderline basic and stale personality. Her personality, being perfectly suited as the ideal waifu makes her the most boring of all. Tell me an anime girl that isn’t the exact same as what I described and tell me that it isn’t extremely derivative in both western and eastern culture. That’s right, you’re struggling because you know I’m right. This is evident in her stellar lack of personality quirks. Some characters are like Ice queens, acting like they hate you but are actually really mushy inside. Some characters are tomboys with girly moments while some have a tendency to get humorously triggered by certain words. It all adds to their character depth and as far as Emilia goes, she’s not very deep. Still, I got to hand it to her for being able to fit the ideal waifu category. 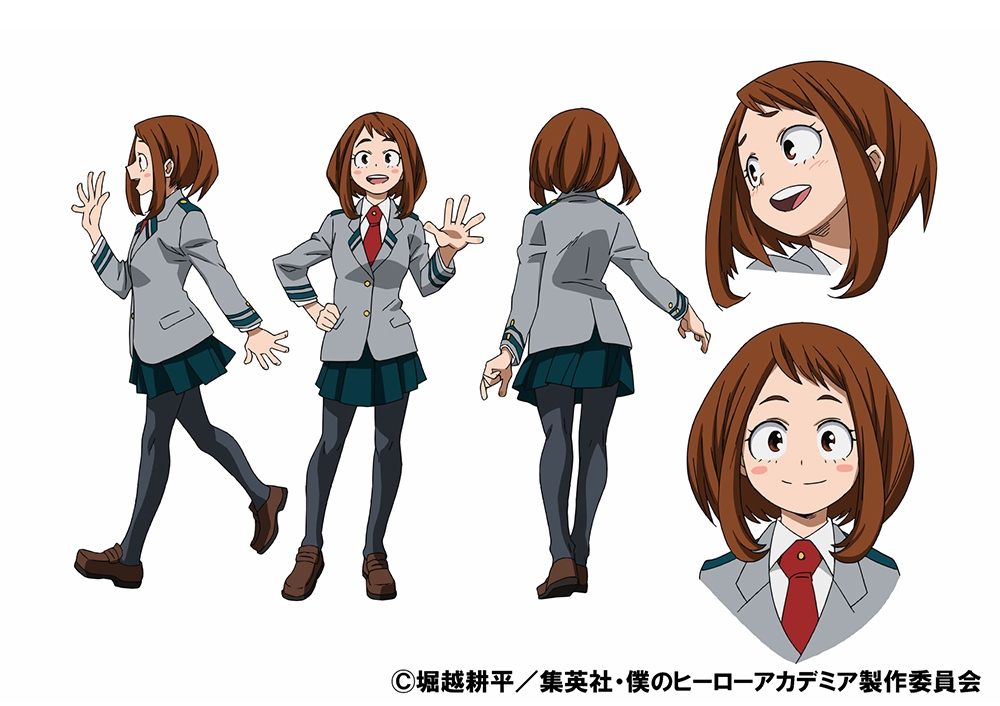 Uraraka is an ironic character in that she is smart but has airheaded moments. Uraraka is a character with an ironic twist to her. For most of her screen time, she is portrayed as a level-headed girl. However! Snuck in between are moments of sheer airheadedness, which just make you go “Awww”. She is particularly adorable sporting those perpetual rosy cheeks. Bubbly, spontaneous and outgoing, there’s never a boring moment when spending time with Uraraka. She also has a strong sense of justice, going as far as to protect other people. Not surprising given that she is trying to become a Hero. Outfit wise, we have the standard school uniform, and for some, this may be a very big plus. Uraraka takes the spot at number 9 given that she’s pretty boring compared to other offerings in her given show and quite basic as a character. I put her above Emilia because she does have quirks to her character. Her bubbly attitude and over-optimism is a quirk in my book. Coupled with her sense of justice, which also makes her a little more interesting. On top of that, she has moments where she goes mushy for the main protagonist, making her cuter than the Stone-hearted Emilia.

Ann takes the spot at 8 due to her strength and passion, rivalling those of any red-blooded, manly man. Due to her experiences with hardships, her development as a character through Persona 5 is a thrill to watch. Capable of using her Persona, she makes a very cool addition to the waifu list.  She is also sincere and caring, evident by her story arc surrounding her friend Shiho Suzui. Appearance wise, she sports her school uniform over a hoodie depicting a green clover, a short plaid pantyhose with red leggings and brown high boots. A charming and modern outfit that complements her figure. If you’re looking for a down to earth and spicy waifu, Ann is the one. I put her at 8 because while she is very interesting, she is more or less the main girl (the first introduced girl is usually the main girl) of the game and therefore that adds to her basicity. No doubt, she is still a solid contender, but compared to those upcoming on the list, she is not the very best.

Steely, cold emotionally and strong physically. If you dig yourself a can-do and independent woman like I do, then Claire is quite deserving to be on this list. On top of the powerful and harsh exterior, she does, in fact, care about the people around her, and she does, in fact, have her tender moments. This is evident in the way she cared about her sister Serah Farron and how distraught and bitter she was when Serah died. Her tender and caring side appears when we examine her interactions with Hope, where she slowly warms up to the boy. Appearance wise she is dressed in a slightly futuristic outfit with a metal shoulder pad. Her white top and short skirt show off her assets really well. And by assets, I mean her GLORIOUS LEGS. Not only did she have a strong personality, she has really amazing legs. And that I think, is enough to put her on my list. Taking spot number 7, she holds a decent rank only stopped by her lack of in-game development and scarcity tender moments to contrast her steely attitude. Still, she is very cool and I think that has merit. 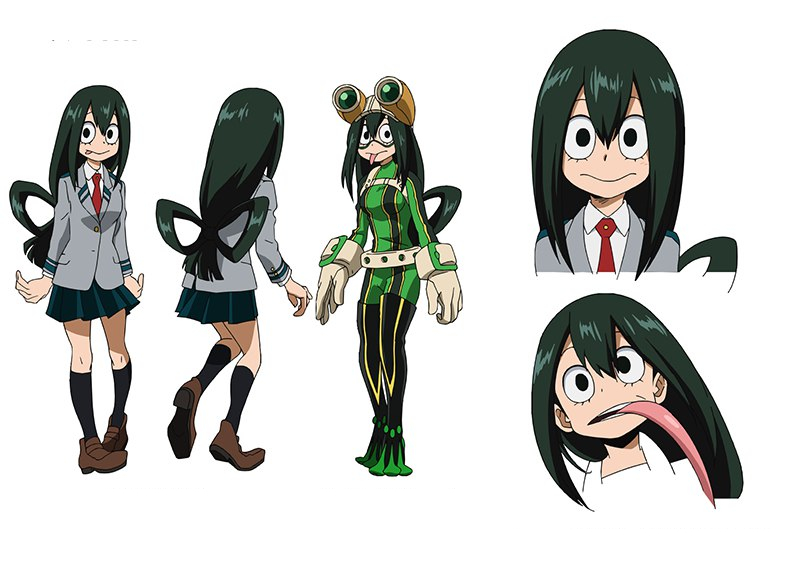 Let’s get this straight, Froppy isn’t number 5 because I don’t like her. Mind you, she is still on this list, therefore I do in fact like her. The only reason why she is number 5 is that appearance wise, she just isn’t hot. She is cute, just not hot. Also, hadn’t noticed, she is a frog. Froppy is a very straightforward girl that always says what’s on her mind. She is also extremely adorable in the way she conducts herself. Like the way she hangs her hands when she speaks or the way her tongue dangles about casually. Her unusually large hands actually complement her design. The shape of her mouth is also unusual but interestingly enough, it adds to her cuteness as well. Tsuyu Asui dresses in a UA Academy school uniform which for some people is a good thing. And as a Hero she wears a green jumpsuit that suits her perfectly given that she is part frog.

A down to earth and extremely pragmatic woman. A genius in her own right and arrogant in juuust the right way. Kurisu uses her ego to pierce straight into spot number 4 and into your heart. As a science student myself, I have a very soft spot for other science people. Now, don’t be put off by the word arrogant, there are moments when she is incredibly tender, this contrast makes her ridiculously adorable. Appearance wise, she is sporting a brown jacket that hangs below her shoulder, a white dress shirt and red tie, black leggings and boots. Something about this outfit really gets me going and honestly, it suits her. 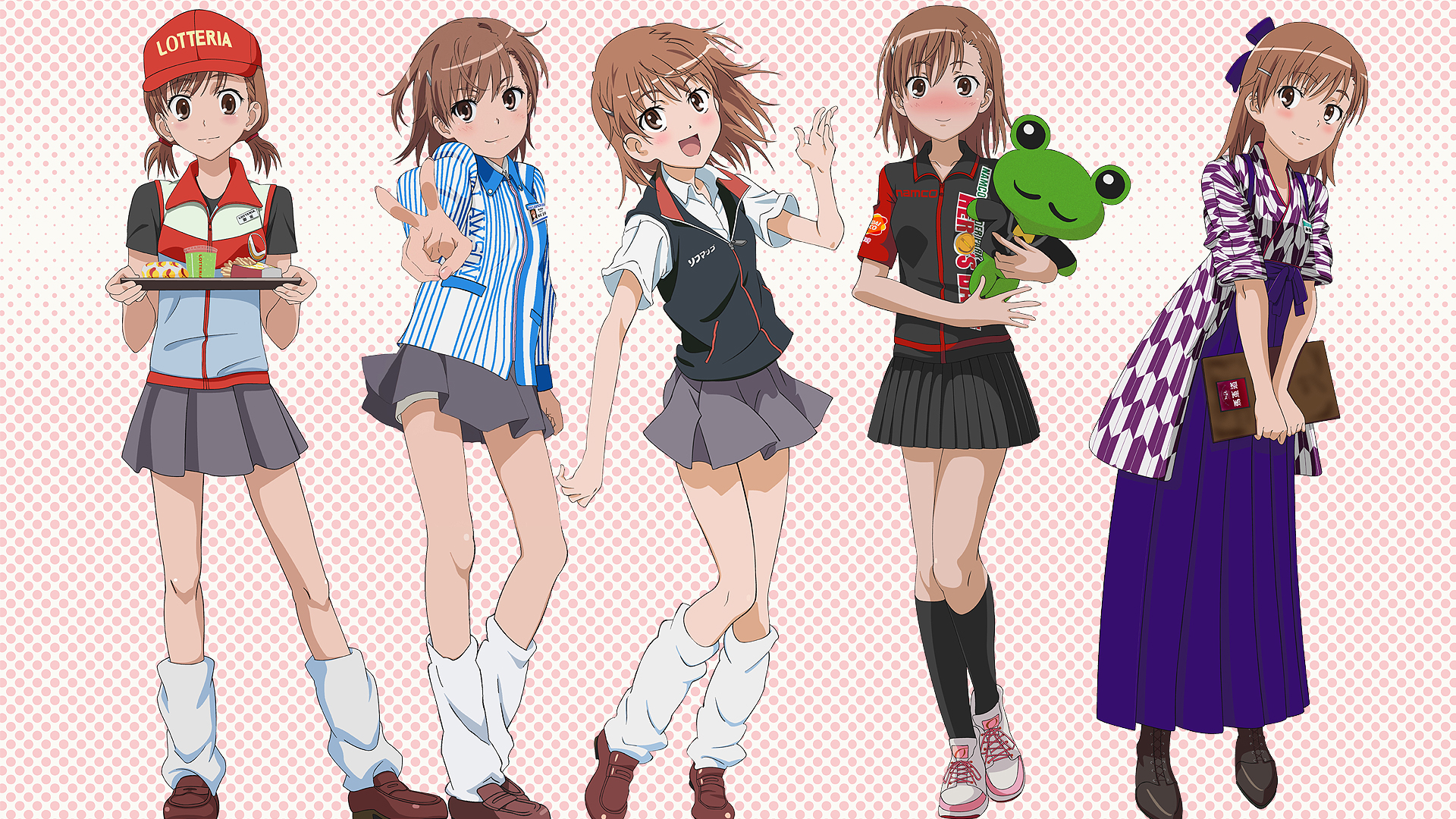 Not going to lie, I love myself an ice queen. Rude and icy at first but more tender than a piece of Flan when you know them better. And Misaka Mikoto scratches that itch really REALLY well. Most ice queens are poorly balanced. Some are not enough ice and just considered mushy, while some are just so icy that the tender moments seem more like flukes and by that point, you hate the character. Not Misaka though, she is balanced perfectly well. When it comes to work and school, she is icy and pragmatic. She gets stuff done and she gets it done right. But around a male named Touma? Absolute mush. There is this one scene that stuck with me and it is a picture of her holding hands with him. And it is amazing. Misaka Mikoto takes spot 3 in my top 10 waifu list and does so with merit and pride. 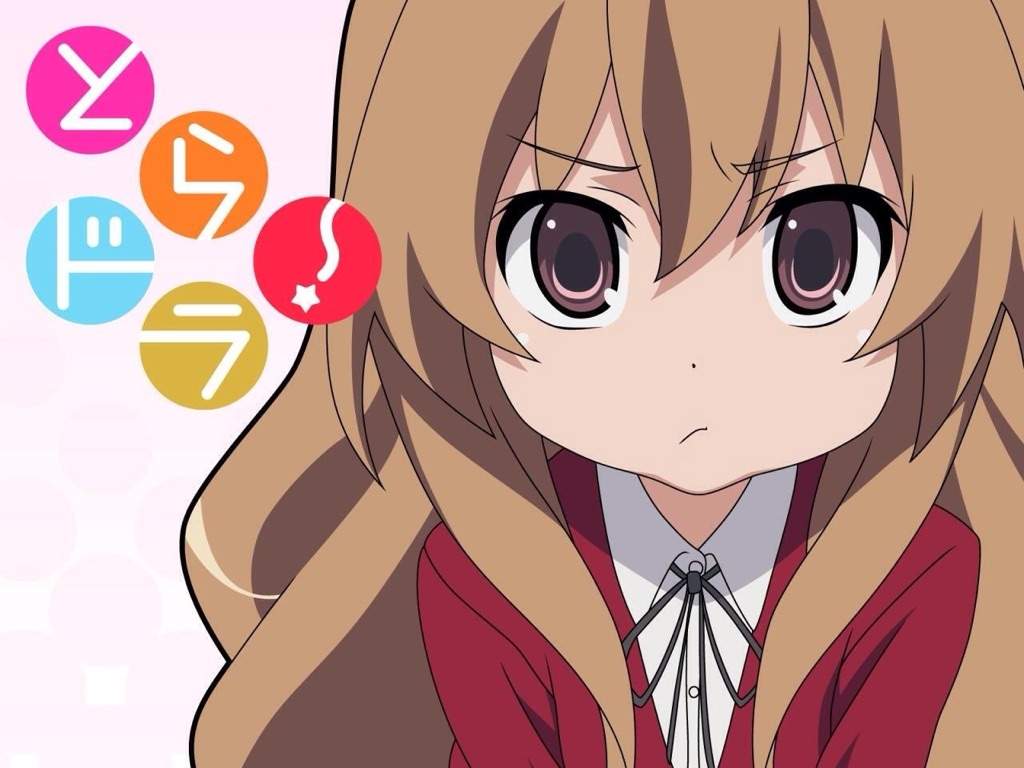 Icy and tender all in a compact package, Aisaka Taiga is the pinnacle of Ice Queens. Icy enough to beat the ever-loving shit out of everyone at first sight, and tender enough to fall in love and (almost) marry her high school sweetheart. I don’t even have to say anything about her, she is perfect. Absolute NUMBAH JUAN 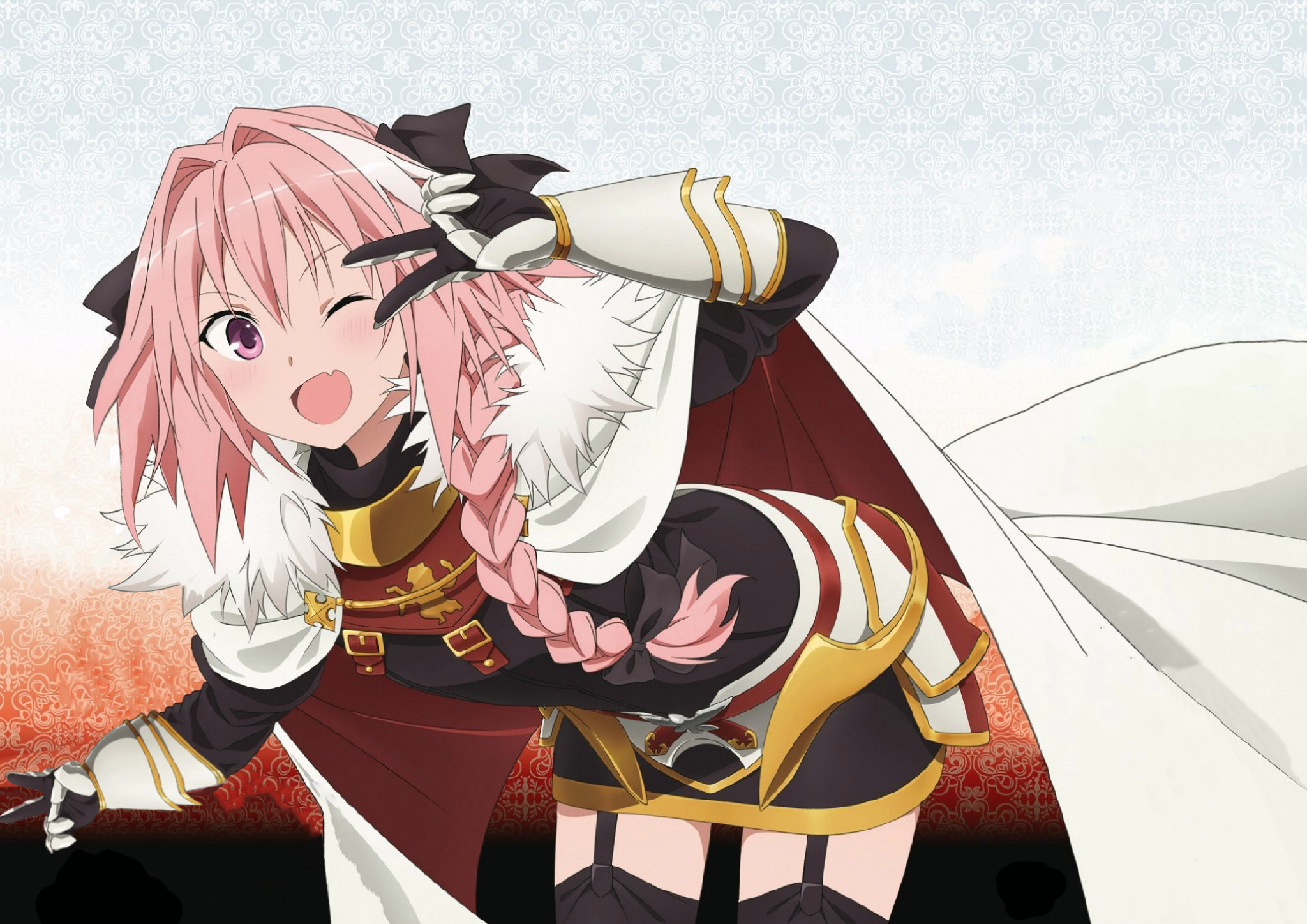