Proteus is an open world exploration type video game released in 2013 by Curve Studios. However, I am hesitant to use the term “video game” to describe Proteus, because I’m not entirely sure that it strictly fits into that category. It has a simple premise: explore and interact with an island. That’s it. That piece of information is the basis of what you need to know to decide whether or not it’s worth your time to play. If a game without any real “purpose” or clear “objective” turns you away, then there isn’t much that I can say that will make you think otherwise. But alas, I will go into a little more detail in the hopes that I may give you a better impression of Proteus before you choose whether or not it’s really something you’d want to play.

The game begins with you finding yourself washed up in the ocean and happening to spot a hazy island off in the distance. As you approach the island, the island starts to take shape, depicted in a very pixelated style of artwork. The simple visuals tie in well with the calm atmosphere of the game. Everything is clean and sharp, and there is a vivid use of color that transports you to a new and vibrant world, much unlike our own often cluttered and detail-heavy reality. While the island itself more or less remains constant, there are subtle changes with each passing day, which can include alterations in the weather as well as animals that you come across. More dramatic changes such as the passing of seasons serves as a strong motivator to continue playing, as it continuously makes the experience of exploring the island new and exciting. The game may seem slow-paced at first, but there are some rather beautiful views that you will have the opportunity to see – an aspect that is sure to both justify and reward your patience.

A key element of the game is its incorporation of music that responds to you as you traverse across various regions of the island and interact with the inhabiting animals. The music is quite unique, ranging from chime-like sounds to 8-bit melodies depending on what you do and where you go in the game. Distinct sounds are heard from each species of animal as you approach them, which I’ll admit provided for me a bit more entertainment than I thought I could get. Music and exploration in this game go hand in hand, making the experience of simply walking around an island much more fun and intriguing. With so many different sounds and landscapes, this game was successful in keeping me motivated to continue exploring all that the island had to offer. 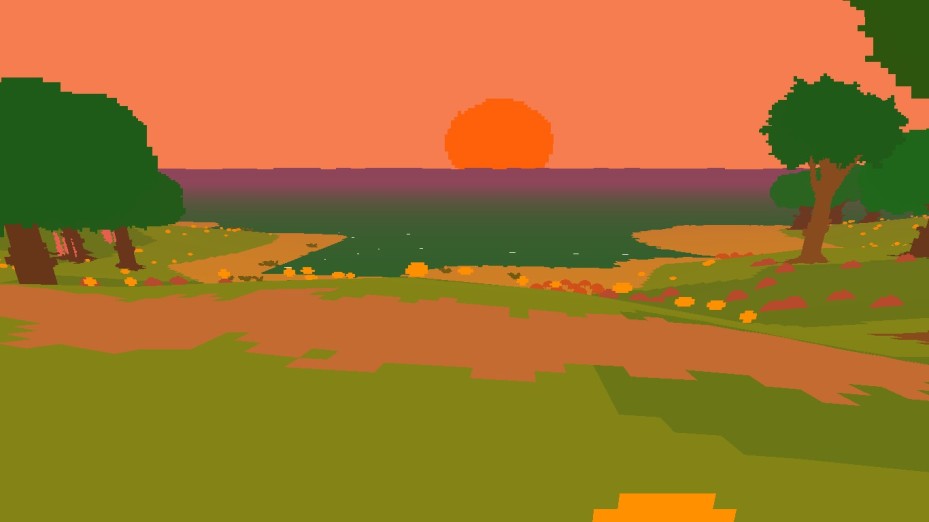 The mechanics are very fluid throughout the game. You can’t run or jump, but you don’t need to. You also move rather slowly, but I think it’s suitable for this kind of game when the last thing you should be doing is running across the whole island in an attempted speedrun of the game. Yes, you will need to be patient when playing this game, which means it’s probably best played when you’re looking to de-stress or take your mind off some things. I would argue that this game serves as a good medium for escapism. It wants you to take it slow, walk around a little bit, and take the time to enjoy the simplistic pleasures that it offers.

You’re probably thinking, “Alright, so this entire article has been telling me how great this game is. I don’t need to even read the end; this is just another article telling me to play the game.” Aha, readers, I’ve got you there. I don’t want to tell you that you need to play this game. I’m really rather torn on what to tell you here. Did I like it? Yes, but I am rather certain that most people, while enjoying the first few minutes of the game, would lose interest rather quickly. It’s a short game too (taking an hour or two to complete), which sort of leaves it a little disappointing at the end. If you have the patience, and you enjoy exploration games, AND you’re fine with what seems to be no real “purpose” or “objective,” then I’m sure you would like this game. It’s a nice breath of fresh air, but there is no additional substance aside from that. 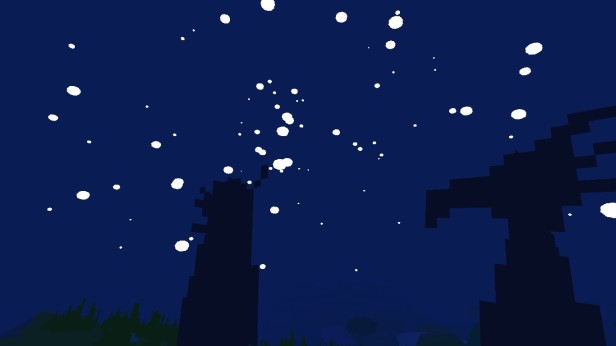 But I imagine that if you get bored rather quickly with open-world, do-whatever-you-want type games, then you wouldn’t find the $10 investment worth it in the slightest. I purchased this game during the Steam Summer Sale for $3, and I was happy with that investment. I got what I expected from an exploration game, and overall I was pretty satisfied.

Ultimately, take from this review what you will. Proteus is a beautiful, simplistic game that’s good at what it does, which may or may not appeal to you. It’s not a game for everyone, but it certainly is a treasure for the interested few.